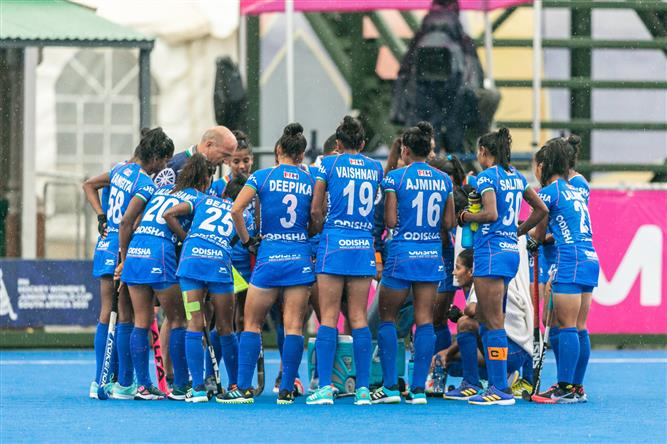 With bronze in mind, girls look to overcome semi-final pain: The Tribune India

Their dream of winning a maiden FIH Junior Women’s Hockey World Cup title shattered, India need to lift their spirits quickly to match their all-time best result when they face England in the match for the bronze medal here on Tuesday.

India enjoyed a memorable campaign in the tournament until the semi-finals, where they lost 0-3 to three-time champions Netherlands.

India enjoyed an unbeaten streak in the pool stages, which included a 2-1 win over Germany, who will face the Dutch in the title game.

India would be looking to at least finish on the podium, as they did in the 2013 edition in Mönchengladbach, Germany. In 2013, the Netherlands beat India 3-0 in the semi-finals. India, led by Sushila Chanu, had faced England in the bronze medal tie, eventually winning after a tense shootout.

But it remains to be seen whether the team led by Salima Tete can recreate the 2013 scenario on Tuesday.

“We are quite disappointed with our match against the Netherlands. We created so many chances but we couldn’t convert. It felt like it was not our day,” said Salima Tete. “It is useless to think about what happened in the past. Now we have to focus on the upcoming game against England. Getting off to a good start against them will definitely give us the right momentum and that’s what we’ll be looking for against them,” added Tete.

In attack, India would rely heavily on Lalremsiami, Sharmila Devi and Mumtaz Khan, who is India’s top scorer with six goals. —