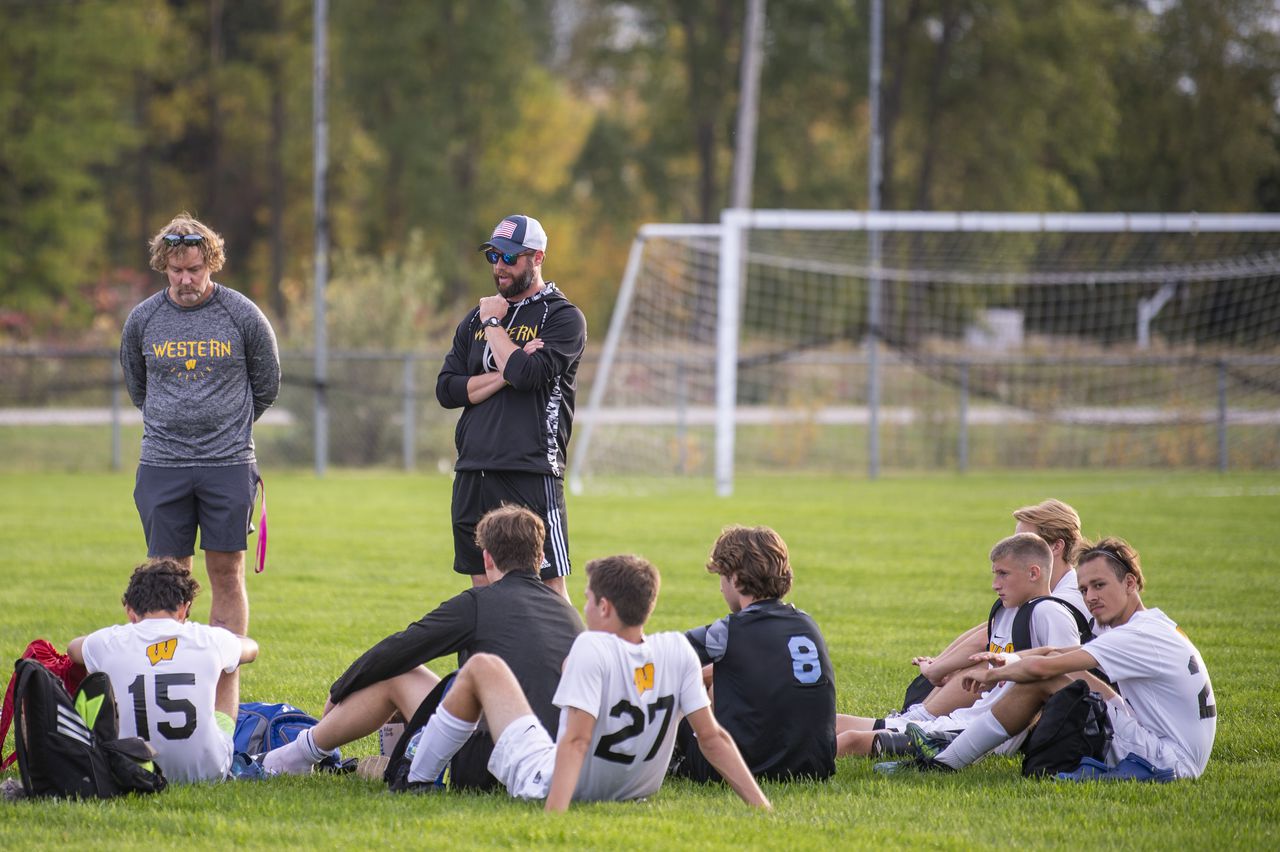 A look at how the Bay City area teams performed on day one of the District’s action. Can be updated as information becomes available.

TOWNSHIP OF BANGOR, MI – Getting the first goal was not a picnic.

And the second was not a walk in the park.

But that day had nothing to do with rest and relaxation for the Bay City Western men’s football team. The Warriors had a job to do – and they didn’t calm down until the job was done.

After a tooth and nail start, Western found a spark and erupted for an 8-0 victory over neighboring rival John Glenn in the first round of the Division 2 district tournament.

“Scoring a goal is one thing,” said Western coach Kyle Jean. “But these guys immediately said ‘Let’s go get another one.’ There’s a big difference between 2-0 and 1-1 – they’ve heard me say this a few times – so they know we have to take care of business after we score a goal.

“We wanted to make sure we got a head start and didn’t slack off. “

Western (10-8-3) qualifies for the district semifinal to host Gaylord at 4:30 p.m. Tuesday. The quarterfinal triumph marked Western’s first playoff victory since winning the program’s only district title in 2014.

That day, the Warriors were ready to rock.

“This group is very good at setting goals and chasing them, and winning the district is something we talked about,” Jean said. “So they were pretty focused today. It was probably the best warm-up we’ve had all year. Sometimes they talk about things that are not necessarily about the game, but there was none of that.

“There was a high energy, ‘let’s go’ type feeling.”

Expecting an intense challenge from John Glenn, the Warriors picked it up from the start. Neither team was able to break through in the first 17 minutes.

Owen Clark fed Brenden Dore for the goal that finally cracked the ice. But the Warriors didn’t take the time to take a deep breath. They got back to work.

Aiden Short scored on a Dore flat for the important 2-0 margin – then the floodgates opened. Western led 5-0 at halftime and hit the lenient eight-goal margin with 31 minutes on the clock in the second half.

“If you score a few goals, the pressure comes on the other team and goes away from your team, and you end up playing better,” said Jean.

Short then pulled off a hat trick to lead the western attack. Dore added two goals while Nolan Besaw, Calvin Watson and Shawn Duncan each added one.

Dore and Watson each had two assists and Clark, Duncan, Riley Friedle and Caleb Colberg each scored one. Cody Card recorded the shutout in goal, highlighted by a few vital saves early in the competition.

Essexville Garber entered the playoffs with a head full of steam.

But Flint Powers has been a stopping point for many football teams.

A winner of three state championships in the program’s history, Powers put the brakes on Garber with a 4-0 first-round victory for the Division 3 district at Atwood Stadium. It was the second year in a row that Powers eliminated the Dukes.

“I would say this Flint Powers team is more calm and controlled than last year’s team,” said Garber coach Bill Williamson. “Their possession game reflects the style of play that we seek to develop in our own players. And they perform it very well.

Garber (10-9-3) held on, keeping the game scoreless until the 18-minute mark in the first half and hovering 2-0 at half-time. Powers added a third goal seven minutes into the second half and scored the final score with 10 seconds left.

Senior goaltender Cam Rowley made eight saves for the Dukes.

It was the fourth consecutive year that Garber had reached the 10-game winning mark and the seventh time in nine seasons.

Garber’s captain can snatch a ‘ball from the back post’, but he’ll never lose his temper