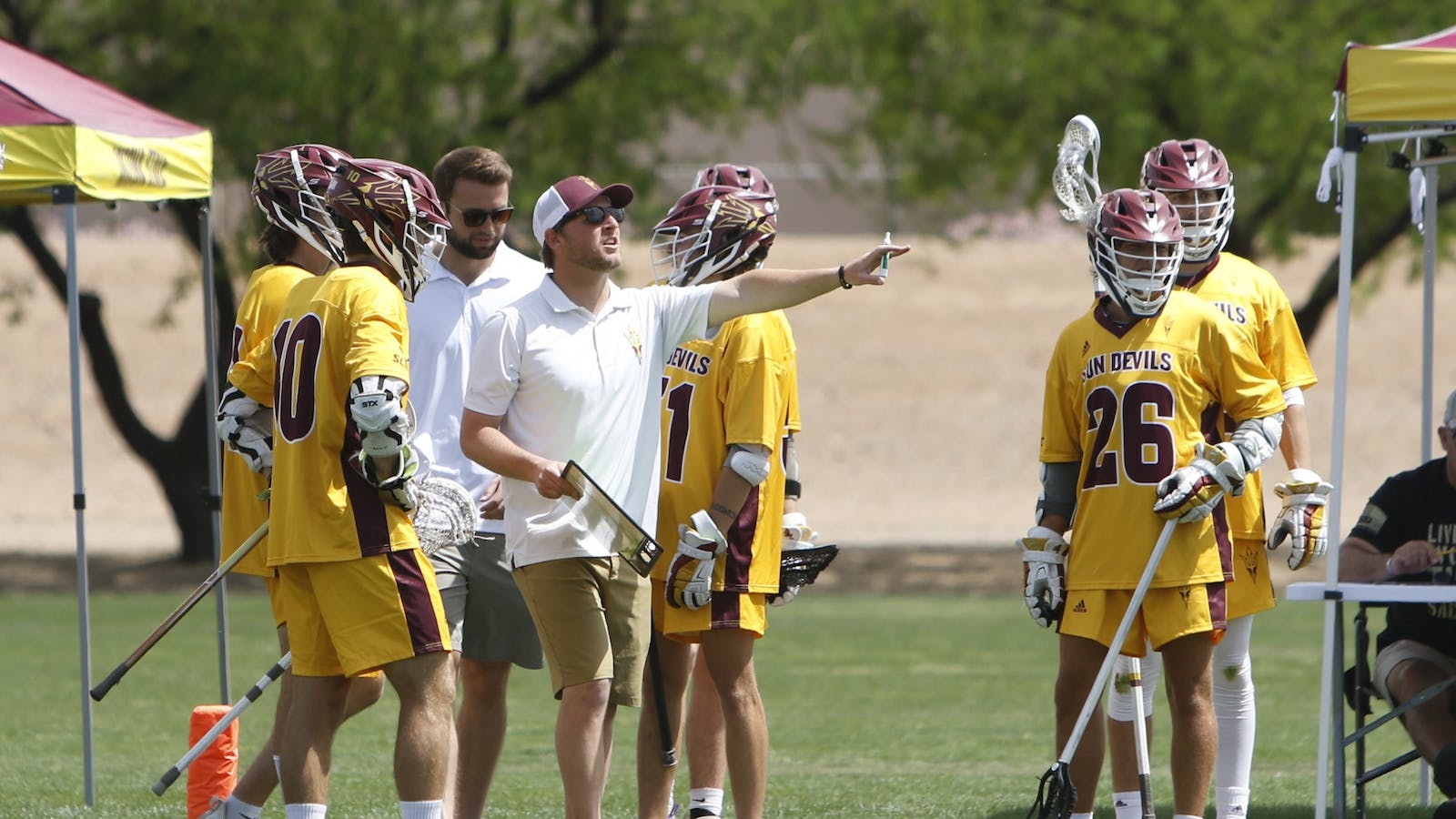 After a two-year hiatus, ASU Men’s Club Lacrosse is back in pursuit of a national championship with a 7-4 record. In his first season as head coach, Justin Tracker helps the team achieve its goals.

The team’s goals changed during the season. ASU men’s lacrosse is a young team without much college playing experience and is improving by the day.

“The team was very process-oriented,” Straker said. “We talked about being 1% better day to day.”

Straker’s dedication to the program comes from years spent with the team. Straker played on the lacrosse team and graduated from ASU in 2014 when he became the team’s graduate assistant.

When he returned in 2017 as an offensive coach, Straker’s staff consisted mostly of ASU alumni.

“They really care about this team, and you can see how much it means to them every day,” said senior Charles Messmann noted.

The Sun Devils started the season 4-0 before losing their next three games. However, they weren’t discouraged by the losses, instead they were committed to putting in the effort to create the most successful outcome for the team.

“At the end of the day, we’re still in control of our own destiny this season,” Messman said.

With the team’s talent pool, they focused on a much bigger goal: the national championship.

“We really see the talent and the skills that we have, and that has allowed us to focus a little more on the results,” Straker said.

The Sun Devils have 20 freshmen on their roster and the upperclassmen have little to no college playing experience. Straker and his team focused on player development and getting everyone fit for competition.

“It’s been a learning experience for a lot of our guys in terms of competing at a really high level for a long time,” Straker said.

Straker has worked with the team to create a strong culture that reflects family. The last two years without competition have left a hole in the program where the culture once was. The current team has had the opportunity to create the atmosphere they want to see.

“We want a group that really buys and maintains the three pillars of our culture which are discipline, accountability and communication,” Straker said.

One of the priorities of players is to have fun. Junior Costin Cruise saw the team work through the difficulties of the start of the season, like getting to know each other’s style of play and now everyone can enjoy every second together.

“We always have fun cheering each other on,” Costin said. “And of course talking shit to each other from time to time to make sure everyone is on top of their game.”

The Sun Devils are looking to end the season on a high against conference foes GCU and Arizona on April 9 and 16, respectively.

Continue to support student journalism and make a donation to the state press today.

The Queen ‘didn’t ban the 1969 documentary about the Royal Family’ but thought it was a ‘triumph’, says biographer