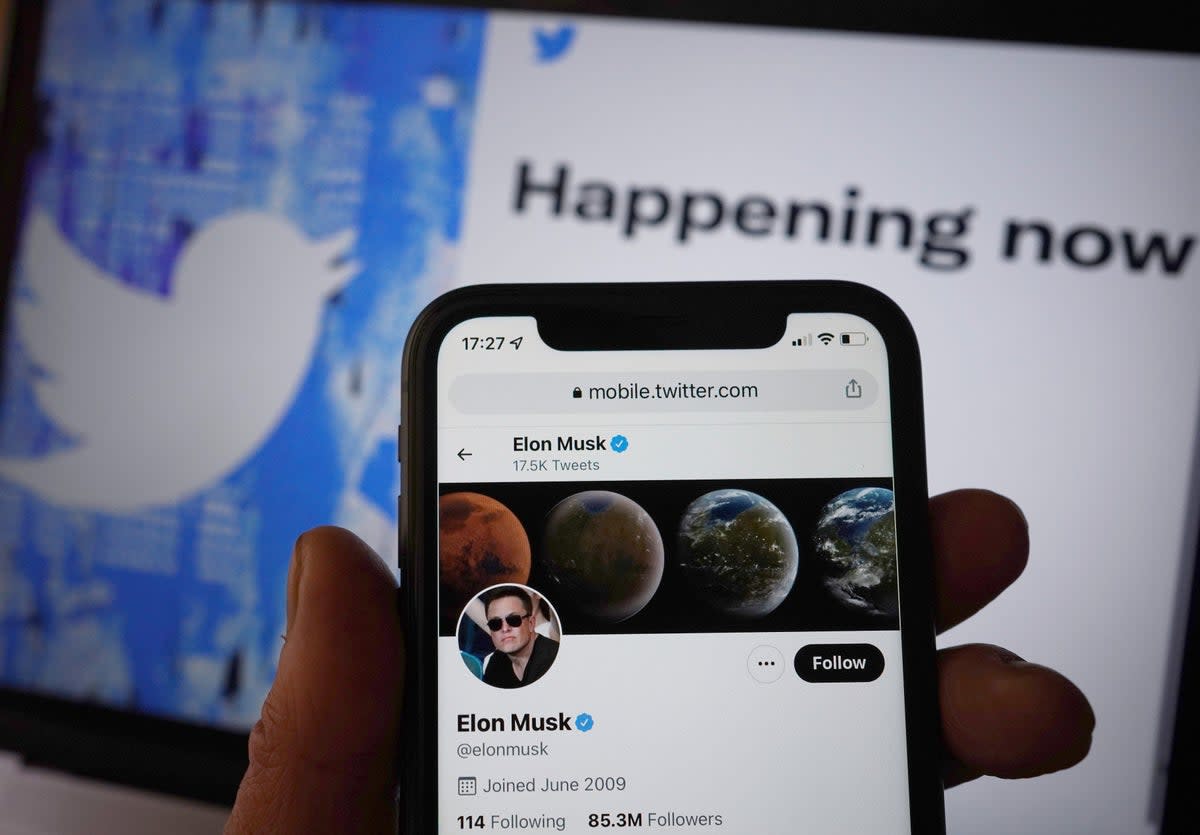 Twitter users will “benefit” from Elon Musk’s decision to walk away from the deal to buy the company, some experts say.

The Tesla boss and SpaceX’s $44billion (£36.5billion) bid to buy the social media platform looked set to collapse on Friday, after he sent a letter saying that he ended the acquisition.

In the letter, Mr. Musk’s lawyers said the platform had “failed to meet its contractual obligations” surrounding the deal to provide him with enough information to “make an independent assessment of the prevalence of fake accounts or spam on the Twitter platform”.

Twitter said in response that it was “committed to completing the transaction” and planned to “pursue legal action” in order to close the deal.

Adam Leon Smith, of BCS, The Chartered Institute for IT and software testing expert, told the PA news agency: “The number of spam accounts on Twitter is hardly a secret, nor a surprise.

“Twitter is like a public square, open to everyone to shout abuse and praise as they see fit.

“Keeping free speech out of the hands of billionaires can only be in the interest of the general public.

“Anyone who ends up owning Twitter, the challenges for all social media are how to manage dissent and debate in a way that puts an end to hate speech online and keeps people safe.

“These have yet to be fully addressed in the UK’s Online Safety Bill, which must balance technical and regulatory solutions with education.

“Perhaps the upcoming global regulatory landscape played a part in Mr. Musk’s decision, or perhaps it was all just another publicity stunt.”

Mr. Musk’s interest in the number of spam accounts on Twitter is believed to be tied to his then-proposed plans to further monetize the platform’s user base.

The billionaire also said he wanted to strengthen free speech on the platform and make it more of a digital public square for debate, but raised concerns after saying he would reverse the permanent ban granted to former US President Donald Trump, who was expelled. the site of incitement to violence around the United States Capitol building riots last year.

Paul Bernal, professor of information technology law at the University of East Anglia, said: “The main thing to say is that the current situation is not unexpected: many of us thought that Musk had cold feet and was looking for an exit.

“It reflects how difficult ‘free speech’ is in general, a lot of people, especially in the US, seem to imagine that all you do is ‘stop censoring’ and then you’ll be fine, but it really is much more nuanced and multifaceted than that.

“Everything you do has implications and will annoy one group or another.”

A statement from Twitter’s board read: “We are committed to completing the transaction at the price and terms agreed to with Mr. Musk and expect to pursue legal action to enforce the merger agreement.

“We are confident that we will prevail in the Delaware Court of Chancery.”