Assumption’s AJ Schubert (9) and Isabella Krogman (8) celebrate after the Knights rallied to a 2-0 deficit to beat Des Moines Christian on Tuesday in the Class 3A State Tournament at Cedar Rapids. 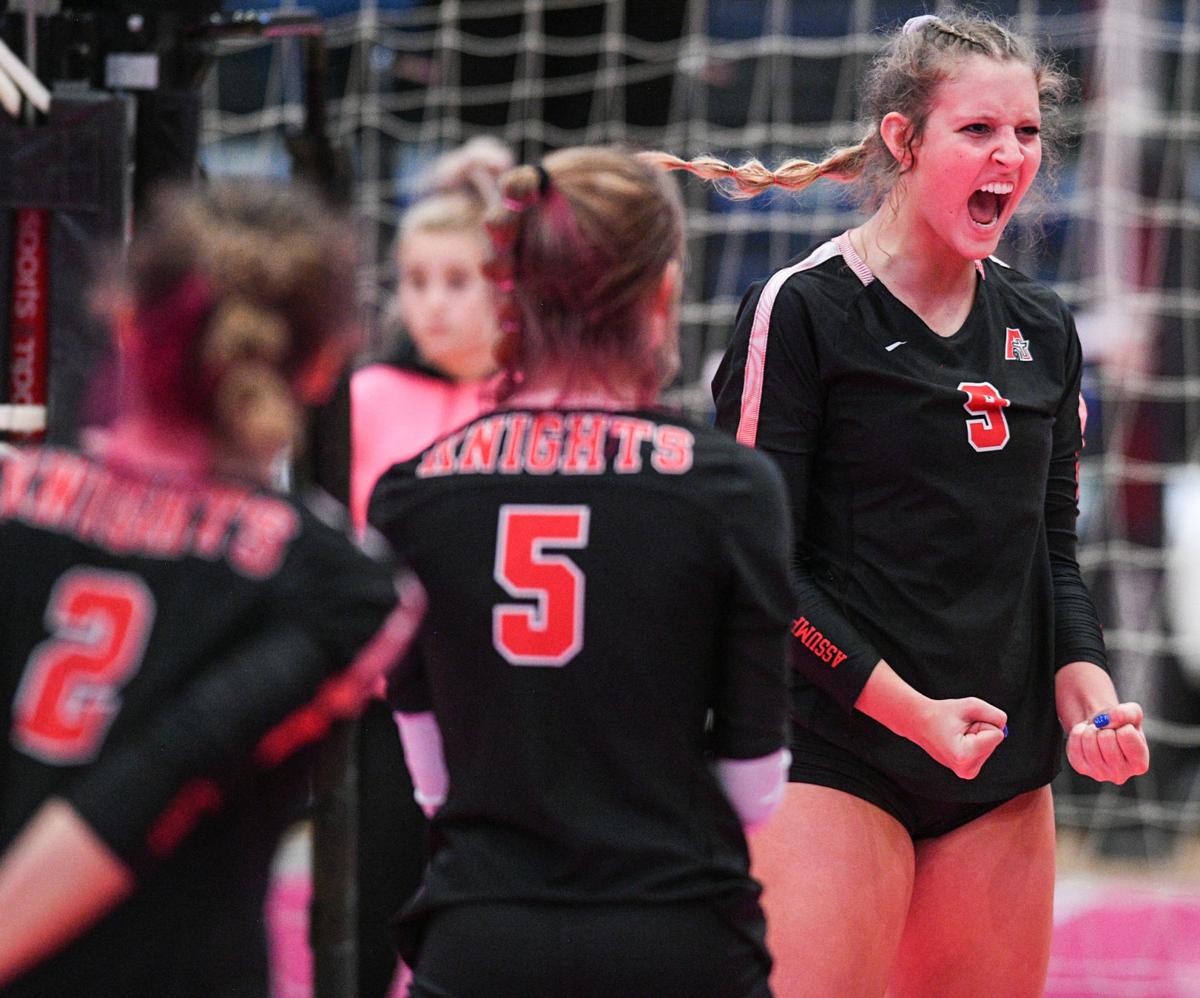 AJ Schubert (9) of L’Assomption celebrates a point in Tuesday’s game against Des Moines Christian. Schubert had 20 kills and 15 digs for the Knights in their five-set victory.

Assumption’s Carly Rolf (3) and Maggie Johnson (5) celebrate a run against Des Moines Christian in the Class 3A quarter-finals on Tuesday at Cedar Rapids. 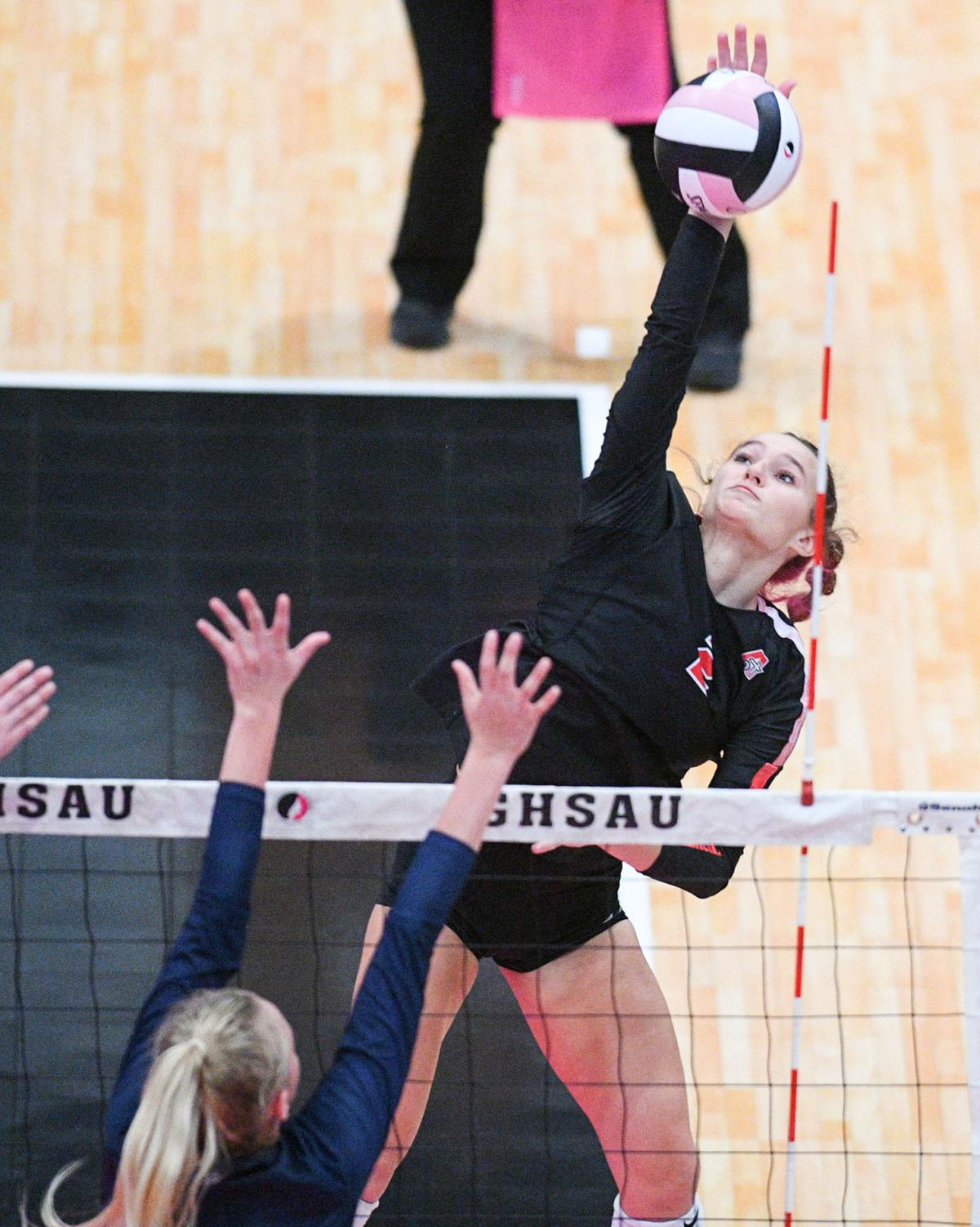 Assumption’s Dru Dorsey tunes in for an attack in Tuesday’s game against Des Moines Christian.

“There were curses involved,” said junior defensive specialist Lily VanSeveren. “Mainly we had to get back on our feet, do what we do and remember that we are a good team. “

What started as a struggle ended in euphoria for Assumption, who is in the semi-finals for the second season in a row. He plays fourth-ranked West Liberty on Wednesday at 2 p.m., looking to reach its first state championship game.

“Honestly, that gives us a lot of momentum for the next game,” said junior forward AJ Schubert. “The smiles that we got on our faces afterwards, you can see that we really want to win this year and bring it home. “

It looked terrible after two sets.

Assumption (35-4) had 23 errors and negative hitting efficiency in each of the first two sets. There were 15 unusual serve errors in the game.

“We looked like a very inexperienced team that was going to come forward for the first time,” said Scherler.

Noelia celebrates Joe Carollo and his triumph as Commissioner – CVBJ