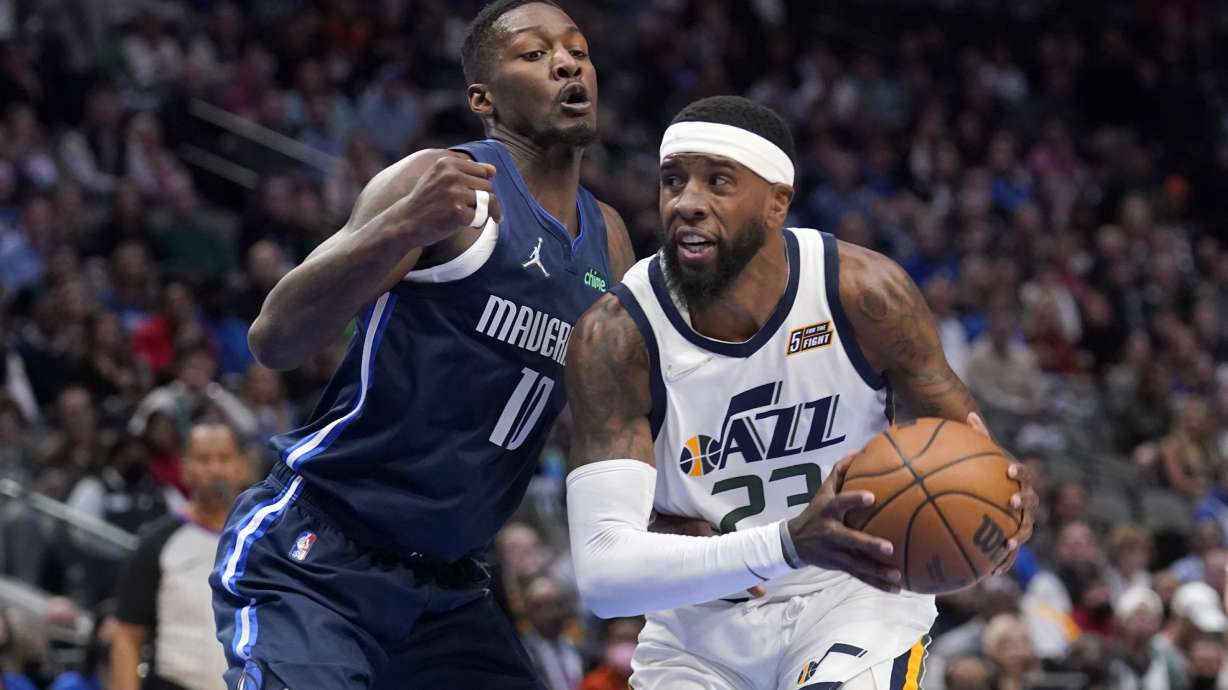 Dallas Mavericks forward Dorian Finney-Smith (10) defends as Utah Jazz forward Royce O’Neale (23) works to the basket in the first half of an NBA basketball game in Dallas. (AP Photo/Tony Gutierrez)

DALLAS – The air died down about an hour before game time. Rudy Gobert was grazed late due to what was called a lateral right leg contusion, leaving the Jazz with no real healthy center.

For a team that built its identity around vertical spacing and rim protection, this was a tough one. So it was a surprise that the Jazz went up 8 points after the first quarter, using a surprisingly stingy switching defense; and even more so when they were still leading at halftime.

The injuries, however, eventually caught up.

Dallas dominated the second half en route to a 114-100 victory Sunday at the American Airlines Center.

The injuries didn’t just happen before the game, they also happened during the game.

In the third quarter, Dwight Powell landed on Donovan Mitchell’s ankle, which sent him spinning. Mitchell fell to the ground and slapped the pitch in pain. He stood cautiously and hobbled to the bench where he watched with obvious unease.

A few minutes later, he was back on the pitch, but was obviously unwell. He didn’t have his usual brilliance and struggled to change direction, especially on the defensive end.

By then, the Mavericks had already taken an 11-point lead and with a hobbled Mitchell and no Bojan Bogdanovic and Gobert, the Jazz didn’t have enough to attempt a comeback.

Utah was led by Rudy Gay’s 16 points; Jordan Clarkson and Mike Conley both had 14 points in the loss.

This story will be updated.

Penn Hills athletics appear to benefit from a larger roster