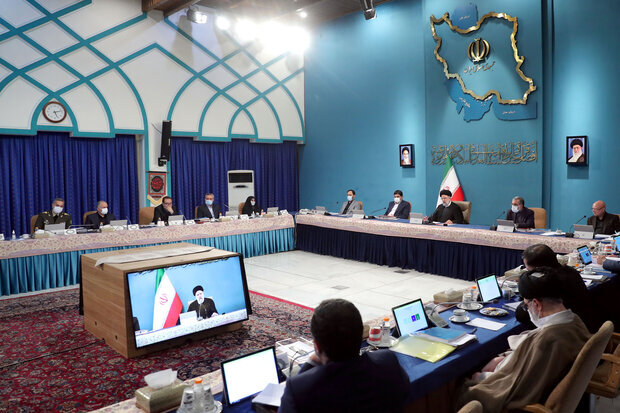 Speaking at a Cabinet meeting on Sunday evening, President Raeisi said it is only with courageous and courageous resistance that nations seeking freedom can force arrogant powers to retreat.

Referring to August 14 named after the “Day of Islamic Resistance” in the country’s official calendar, he commemorated the sublime concept of resistance and added that historical experience indicates that whenever nations of the world in search of freedom took the path of resistance to face the current of domination and arrogance, they succeeded and acquired dignity and independence.

Elsewhere in his remarks, President Raeisi emphasized that the discourse of resistance is the only influential and effective way to overcome the problems facing the Islamic world, especially the question of Palestine.

He commemorated the name and memory of the great commanders of the Resistance Movement Martyr, Lieutenant General Soleimani and Martyr Haj Hossein Hamedani, and declared that the noble nation of Islamic Iran and all freedom seekers of the region and the world are grateful for the bravery and struggle of the commanders. of the Resistance.

President Raeisi then referred to the salient progress made in the country in the fields of science and technology as well as the promotion of the scientific level of the country’s universities and added that the 13th government will make every effort to support the companies founded on knowledge in command for them to boost.

Driver kills 1, injures 17 during performance in Pennsylvania, then kills another, police say