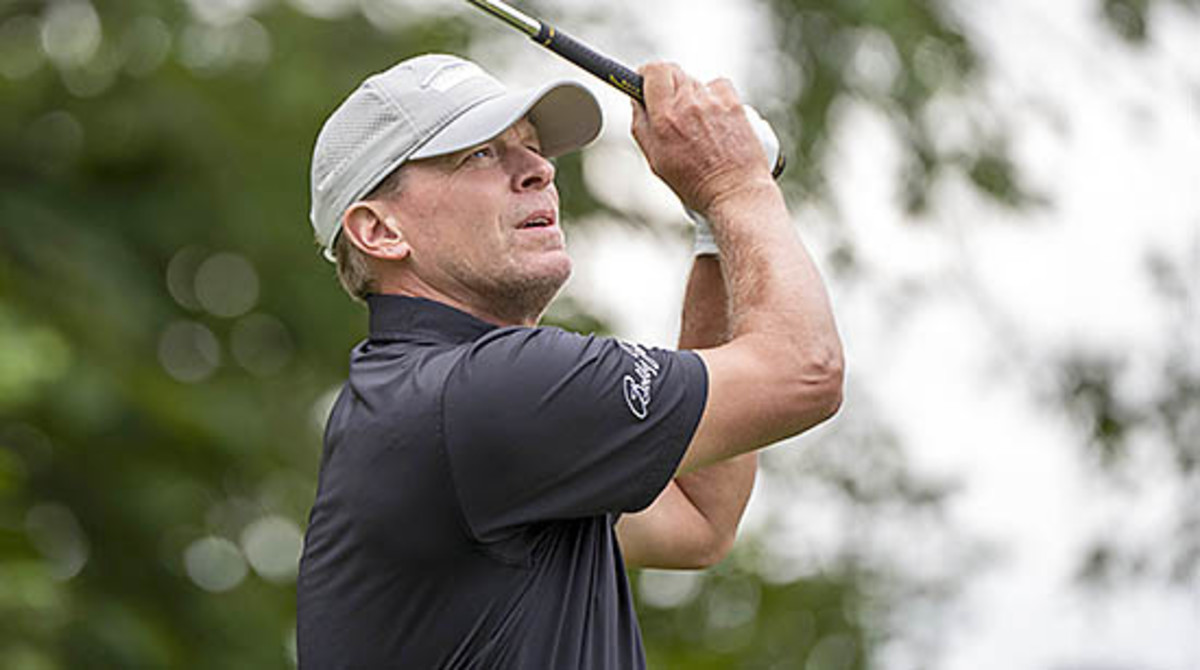 BIRMINGHAM, Ala. – Steve Stricker picked up a wire-to-wire victory Sunday in the regions tradition, closing with a 4-under 68 for a six-stroke win and his fourth major PGA Tour Champions title.

Stricker’s second victory in the tradition at Greystone Golf & Country Club came in his third event since returning from a six-month absence for health reasons. Two consecutive birdies punctuated the dominating performance.

“It’s been a long time,” an emotional Stricker said. “I hate to cry, but where I was last November and even a few months ago – coming full circle here means a lot.”

He had his 20th straight under-par on the Founder’s Course, finishing at 21-under 267 for his eighth win on the 50-plus circuit.

Steven Alker was in the group at 14 under after a 72. He finished four straight tournaments in the top three, winning twice.

Stricker punctuated the victory with a birdie from the bunker at 17 that put it 20 under for the first time, receiving a congratulatory punch from Alker. He ended a streak of 11 consecutive pars.

Stricker spent nearly two weeks in the hospital during his health crisis and lost 25 pounds.

His wife, Nicki, served as his caddy.

Stricker, who led by at least two strokes after each of the first three rounds, doubled his three-stroke lead over Alker in the first five holes. He nursed the lead home before the birdie from the bunker.

Stricker has completed all 10 rounds since returning to the top 10, including a tie for second at the Insperity Invitational. It was his fourth straight year at Greystone finishing in the final group, including a win in 2019 and runners-up in 2018 and 2021.

He lost in a playoff holeshot to Alex Cejka a year ago, but left no room for any drama in the end this time.