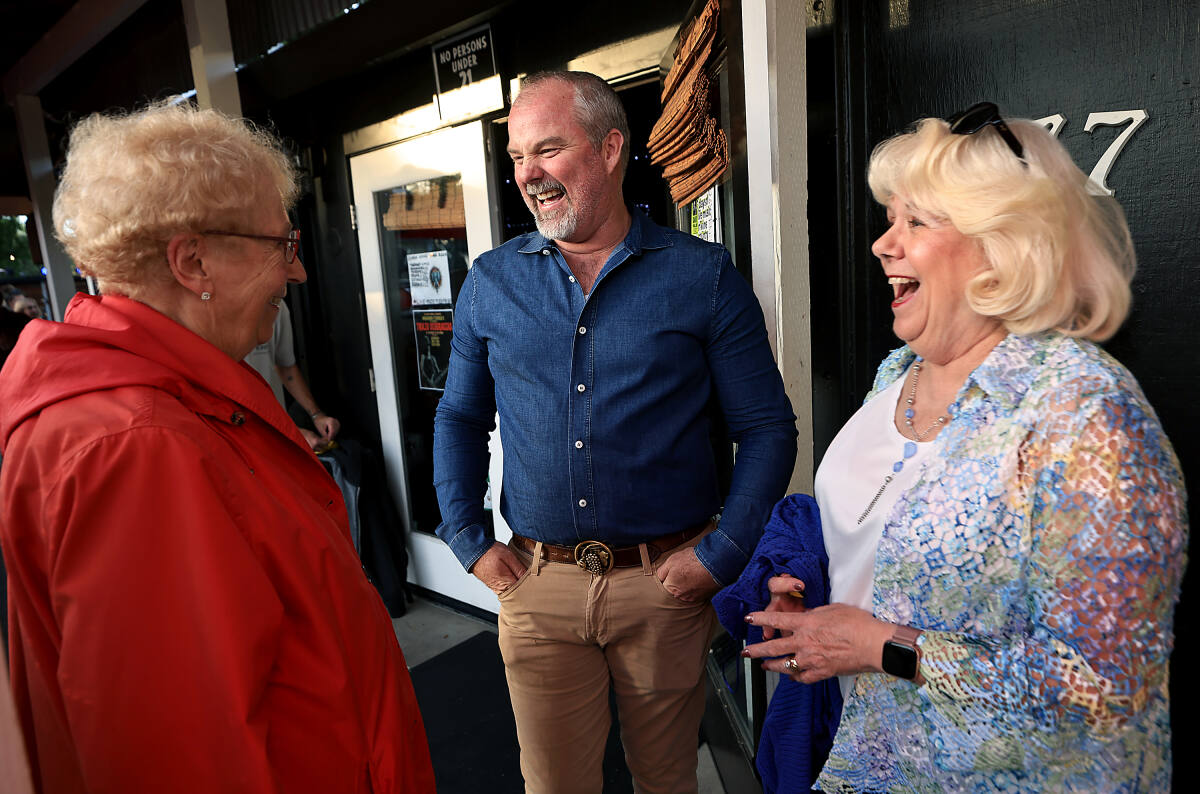 Amid cheers and spirited notes from a blues band, Supervisor James Gore reveled in his re-election to a third term representing Sonoma County’s 4th District.

Gore had won 75.38% of the 10,674 votes counted in the race on Wednesday, a decisive lead over his opponent, political newcomer Richard “Andy” Springer, who had 24.6%.

The 4th District has 59,725 voters, according to Deva Proto, the county’s registrar of voters, and with turnout around 50% countywide, it’s likely thousands more votes could be counted in the 4th. district before the results are certified this month.

But the result was clear on Tuesday night.

The race, Gore’s first contested election bid as incumbent, came as North County struggles to improve its water infrastructure in the face of a persistent drought and tackle homelessness and rising housing costs.

“It’s different from eight or even four years ago when we were in the middle of the fires,” said Gore, 44. “Our community has been through so much together and there is so much more to do. I have to do politics, I have to run for office to do this job, but we do it for public service.

Gore, a Sonoma County native and former Obama administration appointee, drew on his experience helping the county through back-to-back disasters as well as his advocacy for county investments in the Office of Equity and improving emergency response systems.

Springer, a local businessman and pastor who believes in limited government, challenged Gore on his accessibility to voters and criticized the county for not including more local residents and experts in its efforts to tackle to pressing issues like homelessness.

Springer did not make himself available for comment Tuesday evening, but said in a written statement that his campaign’s efforts have “energized a much-needed conversation about prioritizing our security, fixing our failing economy, protecting our property rights and the prevention of the problem perpetuated on our streets.”

“We stood up for the hard-working farmers, entrepreneurs and business owners who have worked patiently and tirelessly to survive the past decade of decisions that continue to threaten the future of their families and the families of those who ‘they employ,’ Springer said.

“He joined because he believed and I honor his campaign and I saw his people working hard,” Gore said.

He also pledged not to “heal divisions” within the council or engage in “high-level politics”.

The Board of Supervisors has struggled to overcome the animosity that surfaced during the county’s redistricting process in late 2021.

“I’m going to continue to be bold, I’m not going to play politics in my position,” Gore said. “I’m going to be all about progress.”

What happened on day 105 of the war in Ukraine