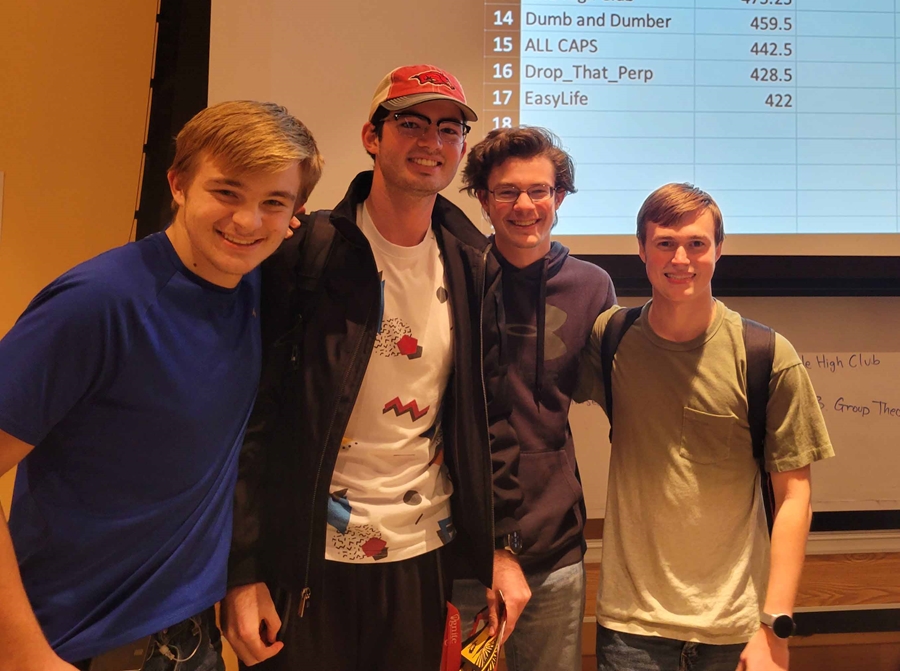 Security applications win first prizes in the IT “Hackathon”

The University of Arkansas Association of Computing Machinery hosted its first hackathon in two years on November 19 and 20, attracting 73 students grouped into 17 teams for the 24-hour programming competition. Teams of three to seven students competed for prizes and honors by developing software or hardware in response to a single prompt.

Association president Reetik Patel said the goal was to “think big” for the first hackathon since the pandemic shutdown began in March 2020. Students participating in the hackathon often stay awake late or very early. at night, working tirelessly with their teams and hanging out with each other. on the Hackathon Discord server.

â€œI stayed awake with the participants most of the night – totaling an hour of sleep,â€ he said.

JB Hunt sponsored the hackathon and donated over $ 3,000 in prizes. Food and drinks were served to all participants, and each participant received a Yubico NFC security key from the association.

Gauch was impressed with the projects and the 10 minute presentations the teams made during the final hours of the hackathon.

â€œI was amazed at how much our students could accomplish in just 24 hours and the wide range of programming languages â€‹â€‹and techniques used by students – everything from web development with databases to mobile programming with deep learning, â€he said. â€œTheir presentations after 24 hours and without sleep were also great and entertaining. I was very proud of all of our students.â€

Luke Simmons, a member of the first-place winning team of all first-year engineering students, said this was their first hackathon. They ran into a few hurdles when they created an iPhone app that can detect warning signs and display what they mean. One was to ‘train’ artificial intelligence to recognize signs.

â€œWe had to take our own photos of the signs because there aren’t really many photos of them on the internet,â€ he said. â€œWe printed all the panels ourselves and photographed them from all angles to make the detection as accurate as possible. We ended up taking 11,625 photos! It was worth it in the end, however. We had an app that worked. of which we were all proud. “

â€œWe’ve built an app on iOS and Android that detects when other users are nearby and sends a notification to both users, points a small arrow at them and shows them on a map,â€ said Jameson Thomas, member of the team.

Patel thanked JB Hunt, the judges and the participants who came to show their best at the hackathon.