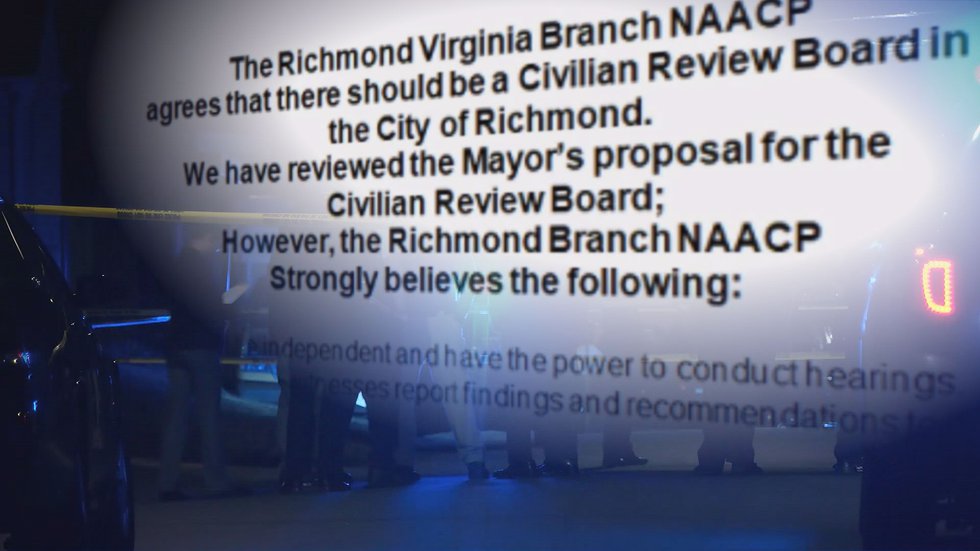 RICHMOND, Va. (WWBT) — Just a day after Mayor Levar Stoney unveiled his long-awaited civilian review board proposal, the Richmond NAACP has pushed back on its own recommendations for what that review board should accomplish. They want their voices heard before city council discusses it later this month.

“We are not anti-police, but in the climate we find ourselves in because of everything that is happening in the country, we think that we must put in place other mechanisms so that there are brakes and counterweight. in place,” said chapter president JJ ​​Minor.

Minor says the review board still needs to be adequately funded among the top recommendations.

Under the mayor’s recommendation, the CRB would be maintained with a budget of just over $204,000, of which its seven members would receive a $1,200 stipend for their efforts. Minor says it’s not enough.

“$1,200 as an annual allowance, I think we Richmond people can do better than that,” Minor said. “The Civilian Review Board should have the power to hold hearings, should have subpoena power and should not be housed at the Richmond Police Department.”

Other suggestions from the branch include the following:

Members of city council and the mayor’s office are scheduled to meet next week at a government operations meeting to discuss the proposal.

“Hopefully they’ll be able to add some of what the NAACP has put in place…and add that to their proposal. We definitely need a balance there, and right now , I don’t think there’s enough meat in the proposition,” Minor said.

Minor says the CRB shouldn’t stop at the city. He says the Richmond NAACP wants to see the same thing implemented at the state and federal levels.

Want the best NBC12 stories in your inbox every morning? Subscribe here.