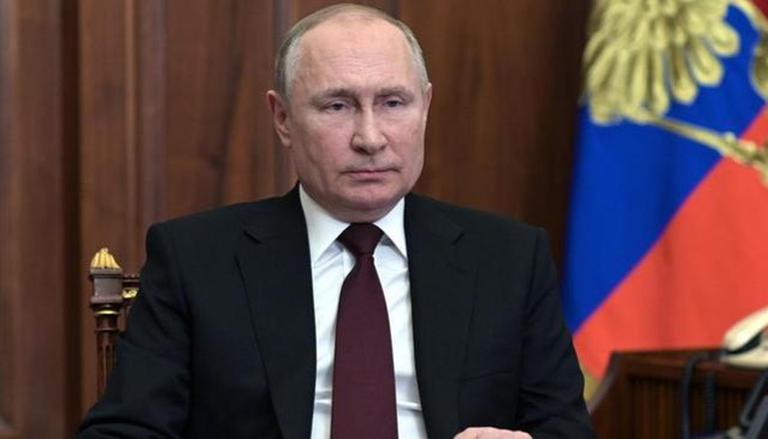 Putin says Russia’s goals in Ukraine ‘have not changed’, aim to ‘liberate Donbass’

As the Russian-Ukrainian war enters its 127th day with no signs of the conflict abating in sight, Vladimir Putin told a Wednesday news conference in Turkmenistan that Russia’s goals in Ukraine have not changed. Since the start of Russia’s unwarranted military operation in Ukraine, President Putin visited Tajikistan and Turkmenistan for the first time on June 29. , to protect these people and create conditions that would guarantee the security of Russia itself. RT reported.

The Russian president further clarified that while the goals remain the same, the methods employed to achieve them may change depending on what the military deems acceptable. However, he stressed that everything is going according to plan.

RT quoted Putin as saying, “I don’t talk about deadlines, I never do, because that’s life, that’s reality. Imposing time limits is a mistake, because it is related to the intensity of the fights, and the intensity is directly related to the possible losses. And we must above all think about preserving the lives of our guys ”.

Putin also reacted to NATO Secretary General Jens Stoltenberg’s admission that the alliance has been preparing for a confrontation since 2014, saying it was “nothing new” for Moscow. He went on to say that Russia was a better fit than Iran for the United States’ longstanding demand for an “external enemy” to unify its allies behind Washington. “It confirms once again what we have been saying all along, that NATO is a Cold War relic,” he said.

Russia doesn’t have the same problems with Sweden and Finland as with Ukraine: Putin

Also, in response to inquiries about Finland and Sweden joining the alliance, Putin said it is completely incorrect for the West to claim that this has achieved the goal of Russia to keep NATO at bay. The Russian president said they don’t have the same problems with Sweden and Finland as they do with Ukraine. He added that they had no territorial disputes and had no concerns about Finland and Sweden joining NATO. He stressed: “If they want it, let them,” RT reported.

Putin warned by saying: “They must clearly understand that they had no threat before, but now, if military forces and infrastructure are there, we will be forced to respond tit for tat and create the same threat. for the territories that threaten us”. “It’s obvious… Everything was fine between us before, but now there will be tensions, of course, I repeat, if we are threatened,” he said.

Putin reiterated that Moscow does not now consider potential threats from Stockholm and Helsinki to be as significant as those that have emanated from Zelenskyy’s administration in previous years.

Notably, on Wednesday, Vladimir Putin made his first trip outside the country since the start of Russian military action in Ukraine. He stopped in Ashgabat, Turkmenistan. He met the presidents of Azerbaijan, Iran, Kazakhstan and Turkmenistan during the sixth Caspian summit. He visited Tajikistan the day before and met Emomali Rahmon, the country’s president.

Conflict in Ukraine: Mykolaiv under attack and Erdogan’s “triumph”

Who would benefit from raising the RMD age under Secure Act 2.0?