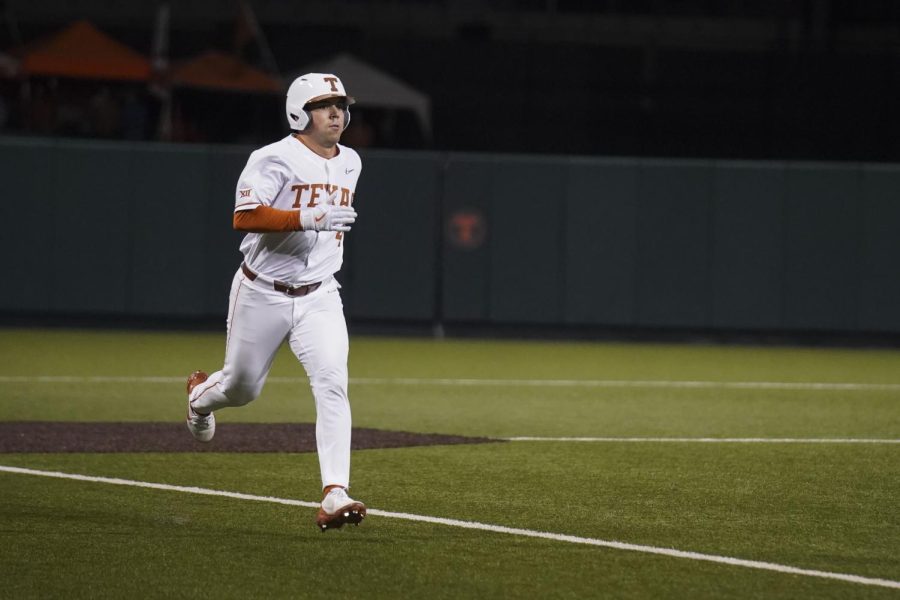 Holding a one-run lead against Texas A&M-Corpus Christi in the bottom of the ninth, head coach David Pierce brought in second-year pitcher Aaron Nixon to close out the game. Despite the pressure, Nixon delivered two straight outs and one eventual out to seal a 5–4 win at Whataburger Field.

Pitching proved to be the difference for the Longhorns against A&M-Corpus Christi. The combination of sophomore Lucas Gordon, redshirt junior Daniel Blair, freshman Luke Harrison and Nixon allowed just two hits on the night, and the Islanders’ four runs were not deserved.

Cold and windy conditions in Corpus Christi presented difficulties for Texas on the field, with the Longhorns recording three errors on the night.

At first, it looked like Texas was headed for a win. The Longhorns held a 4-1 lead going into the fifth inning, and Gordon had a no-hitter until that point.

Then the Texas defense faltered. Gordon hit a batter, then two consecutive field errors allowed the Islanders to charge the bases.

After a groundout made it 4-2, A&M-Corpus Christi junior Leo Markotic kicked in for a brace that tied the game. Gordon’s first hit of the night was costly.

Although Texas scored fewer runs than they have so far this season, the offense came on in the seventh inning when it mattered. Redshirt second student Silas Ardoin hit a single to start the inning. He then used a passed through ball to advance to second before advancing further on two straight steals to score what would ultimately be the game-winning run.

Ardoin finished with three hits on the night, continuing his hot offensive start to the season.

Texas baseball heads to UFCU Disch-Falk Field with an unblemished 5-0 record to start a three-weekend series against the Alabama Crimson Tide on Friday.