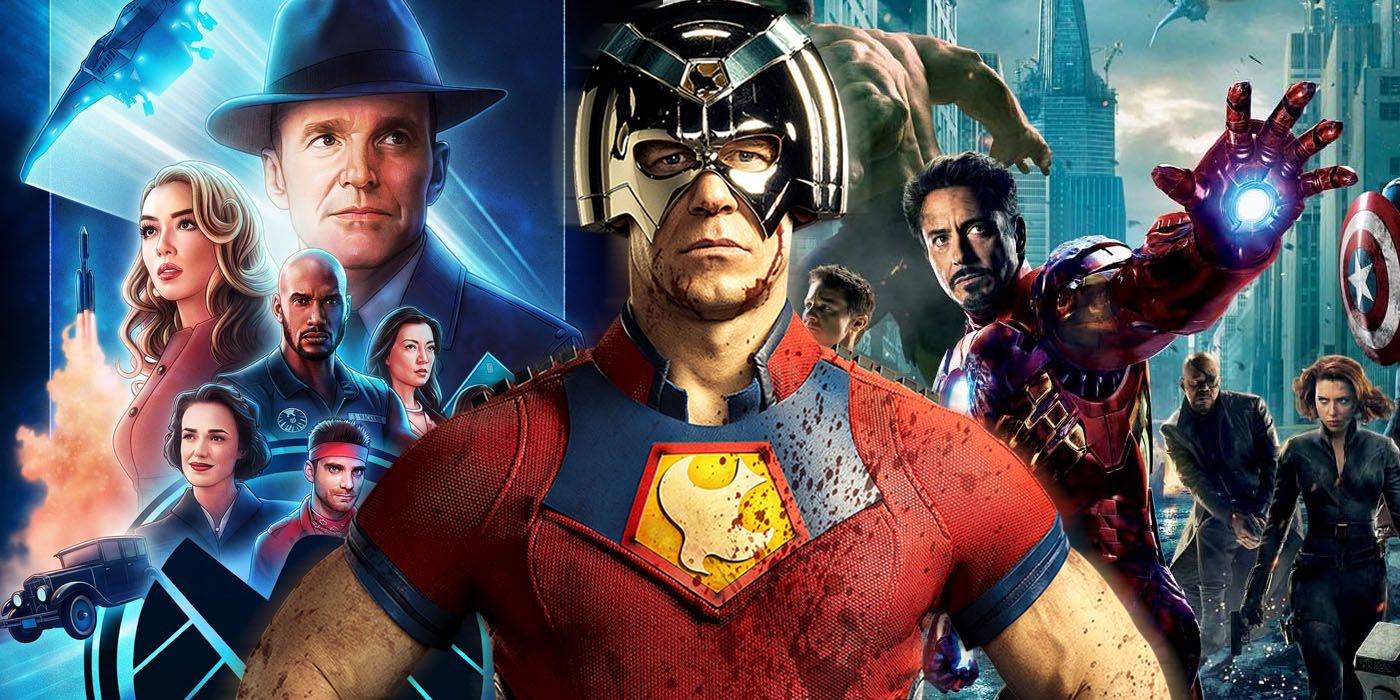 Now that the DCEU is venturing into television with Peacemaker, it’s managed to bring people together in a way Marvel hasn’t in the MCU.

Crossover events have become such a big part of superhero TV shows, excluding Marvel and its many series. The DC Extended Universe, meanwhile, allows its characters to roam freely throughout its shows, like the Justice League in PeacemakerSeason 1 finale.

Peacemaker has never been a stranger to referencing the heroes of his shared universe, most of whom have become the butt of jokes. Aquaman is often joked by Peacemaker/Chris Smith and Vigilante as having sex with fish, and the season finale jokes that Green Arrow attends “Brony conventions dressed as the back half of Twilight sparkle”. Regardless of the suspected rumor, this confirms the existence and notoriety of Oliver Queen as a hero in the DCEU. And to add an icing on DC’s cake, the bulk of the Justice League shows up after Butterfly’s final fight, with Ezra Miller and Jason Momoa reprising their roles as The Flash and Aquaman, respectively.

PeacemakerStar cameos from are an incredible feat, but it’s a reminder that its competitors fall short in this category. The Marvel Cinematic Universe has taken the lead in the crossover race, especially after the Guardians of the Galaxy and the Avengers worked together in Avengers: Infinity War, but their shows lack the itchy teases of cameos that leave room for theories. The only thrilling appearance that can stand up to the Justice League in Peacemaker is kingpin in Hawk Eyeas does its place in the series daredevil canon in the MCU.

But aside from Kingpin, Marvel shows have seriously missed crossover events that have kept Arrowverse shows on the air. As the first Marvel show at the start of the MCU, Agents of SHIELD dropped clue after clue about the Avengers and the Battle of New York, leaving fans anticipating an appearance from Tony Stark or Thor. But alas, they never came, and it started a cycle of disastrous affairs for which a hero was responsible, without any help from the Avengers.

RELATED: Peacemaker’s Vigilante Is a Big Improvement Over Its Comic Counterpart

The fact that the Avengers were left out of the picture became a frustrating recurrence that even the MCU mocked. In The ant Man, Scott Lang suggests calling the Avengers when they hear about Project Yellowjacket, but that’s still a gag, much like the idea that Sam Wilson and Bucky Barnes were fixing a boat when the Eternals were busy stopping an Emergence. When Wanda unknowingly enslaved an entire city with chaos magic in Wanda Vision, the Avengers were conveniently nowhere to be found, though they still relished being family. Compared to the Justice League, the Avengers seem like a bunch of random individuals picking and choosing which doomsday event to get involved in.

Peacemaker refuses to make the same mistake that crushed the MCU’s rationality for its heroes’ absences. Leota Abedayo asks her mother, Amanda Waller, to send the Justice League as the Task Force X team looks a bit daunting. It looks like Amanda is giving up on that request, but the Justice League – without Batman and Cyborg – is actually coming, but just a little late. Nonetheless, the Justice League seems much more reliable than the Avengers, even though they have horrible timing.

Katie is a writer and film and television enthusiast based in Tennessee. After earning a degree in Creative Writing and Film Studies, she looks forward to bringing her love for writing and film together through freelance writing. You can often find her watching her favorite TV shows and trying to start new ones (but sometimes failing) and ranting about movies on Letterboxd. Follow her on Twitter at @katiexdoll

A call to our higher selves will benefit Midland