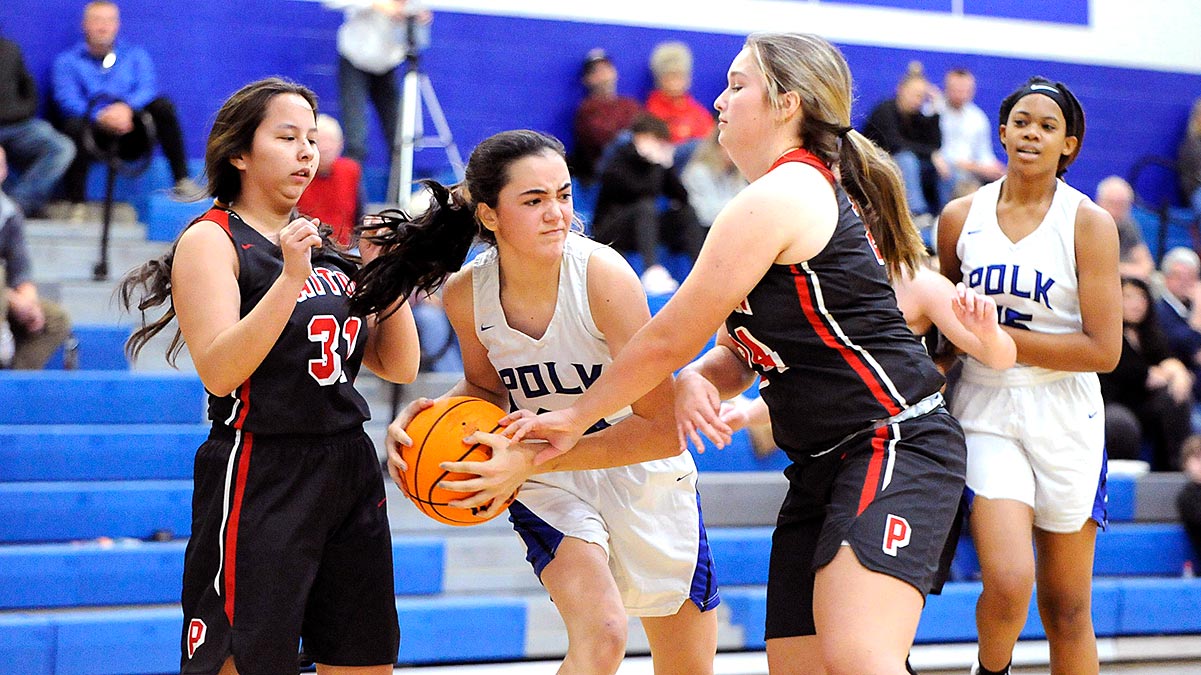 Until the Panthers stop scoring.

Patton went nearly two full quarters without scoring a point, and that streak helped Polk County to a 47-25 win in a Mountain Foothills 7 Conference matchup at Polk.

Last month’s game ended in a 28-23 win for Polk, with Wolverines scoring five points in the 1:46 final to secure the victory. Polk (9-3, 4-1) scored at a higher pace early Saturday but still trailed 19-18 when Patton’s Savanna Pinkerton drove for a layup at 4:40 of the second period.

Those 19 points, however, remained a constant on Patton’s scorecard (0-13, 0-4) until 6:33 of the fourth quarter, when Kelsey Powell broke the slump with two free throws.

“The girls have stepped up their defense,” Polk County head coach Brandy Alm said. “And we made some adjustments on the attacking side.”

Despite all of Patton’s offensive struggles, Polk still only led 30-21 after Powell’s free throws. Wolverine senior Olivia Overholt hit a free kick to bring the lead to 10 and then her senior backcourt teammate Tori Thompson took over.

In the space of approximately 56 seconds, Thompson:

This flurry gave Polk a 39-21 advantage and complete control of the game.

Polk County kicks off a three-game road trip Wednesday, heading to Hendersonville for another MF7 contest.