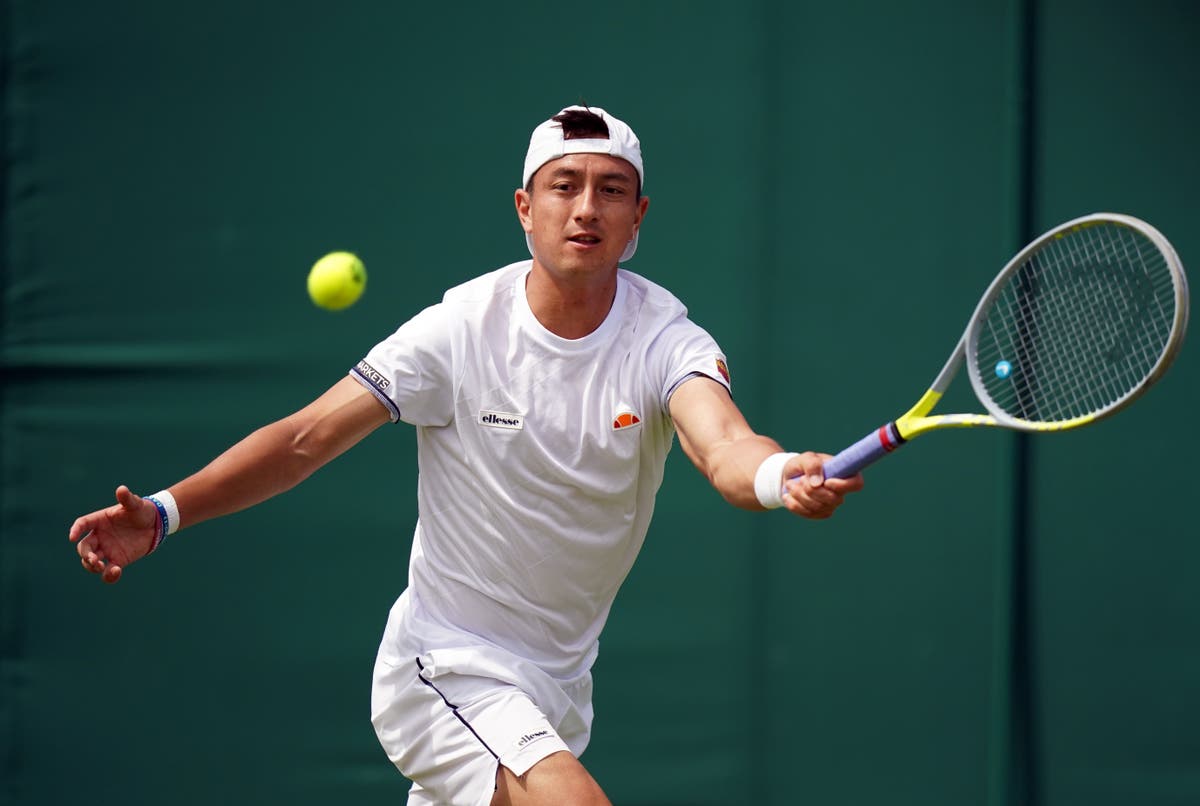 Britain’s Ryan Peniston says beating cancer as a child taught him how to deal with defeats on the court after being knocked out of Wimbledon this week.

The 26-year-old said the years of hospital treatment had had a “huge impact” on his state of mind and helped him put his sporting losses into perspective.

The sixth-ranked British player beat Switzerland’s Henri Laaksonen on the opening day of the championships, before being beaten by American Steve Johnson on day three.

At the age of one, Peniston, from Southend in Essex, suffered from rhabdomyosarcoma, a tumor near his stomach, which required surgery and chemotherapy before years of regular check-ups.

Peniston has previously credited his late blossoming in tennis to his struggle with it as a youngster, as he grew “a foot smaller than all my peers”.

Speaking to the PA news agency on Saturday, he said: ‘It had a huge impact on me.

“As a child, it was a very difficult start to life. It was hard on my family and on everyone around me.

“But I think it just made me stronger.

“To see a lot of families going through similar things is quite humbling and it puts tennis in perspective.

“It just gave me a lot of strength and made me stronger as a person.”

When asked if the ordeal helped him cope with his defeats, he replied, “One hundred percent.

“If I have a tough loss – obviously I really want to win, every game – but sometimes I walk off the pitch after a loss and think much worse things could happen.

Peniston added that he wanted to use his increased profile after his appearance at Wimbledon this year to help children with cancer.

“I’ve had discussions with some people from Young Lives Vs Cancer, they’re definitely a foundation that I think is doing amazing things,” he said.

“Any cancer awareness and help I could give to families would be amazing.”