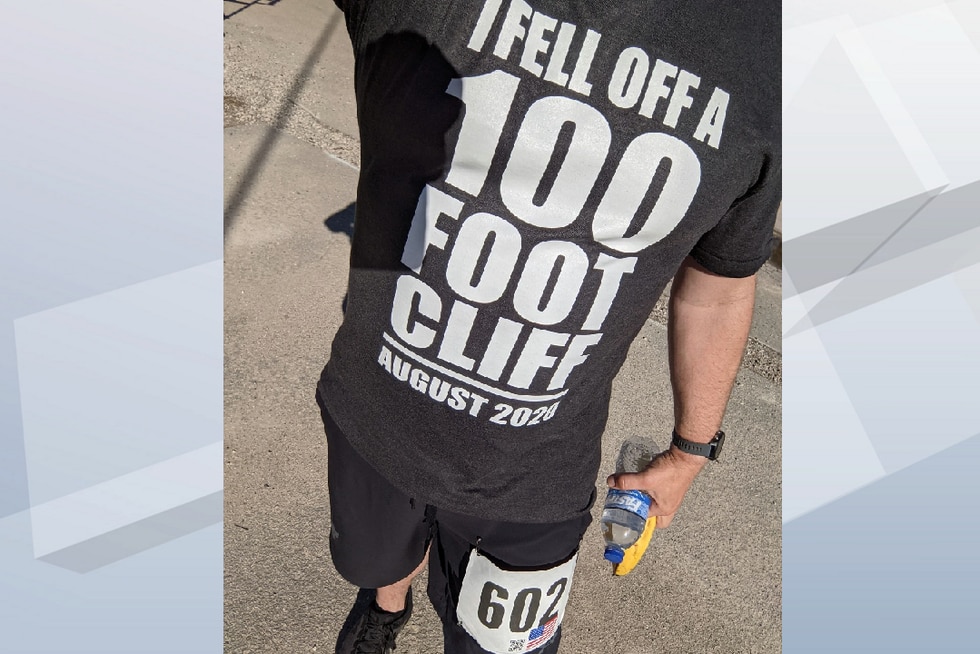 One year after falling off 100-foot cliff, Fox Valley man prepares for half-marathon

GREEN BAY, Wisconsin (WBAY) – The clock is on for a Fox Valley man to tick yet another goal on his list – run a half marathon.

It may not seem impossible to some, but it is certain that a year ago he was told that he could never even walk again.

If Chris Rand could only choose one way to describe his final year, he probably should go with persistence.

“Twelve months ago I didn’t know if I was going to walk again,” says Rand.

Then again, determination works too.

But really – all-in-one-tough-guy is a much more accurate way of describing Rand.

In August 2020, Rand and his wife for just two months were camping at Wildcat Mountain State Park in Vernon County, passing through State Park number 24 in their quest to visit them all.

He wanted to see the stars and climbed to an observation area known for its breathtaking views.

“It’s a mountain. There is no light pollution. With the naked eye you could almost see the Milky Way, ”says Rand.

He remembers dozing off for a while, but woke up in the dark, needing a bathroom.

“Instead of walking in the woods, I got off a cliff,” says Rand.

“It was kind of like that weird moment of weightlessness, then a blast of burning white pain,” he recalls.

With no one else around and his phone still on top of the cliff, Rand saw lighthouses in the distance and knew the only way to help was to find it on his own.

It took him an hour to trip a mile with a broken back and neck.

“Then I saw a house and I went knocking on the door and someone came to the door, and I said please call for help and I collapsed,” Rand says.

At a trauma center in La Crosse, doctors prepared his wife for the worst.

But that was not an option for the retired 46-year-old sailor.

After the operation, the doctors told him he could to try to walk.

“I’m pushing as far as I can,” Rand says, of his willingness to put one foot in front of the other and go.

On the first of October he could walk almost a quarter mile, but it took days to recover from each walk.

“The Ice Age Trail had the Ice Age Mammoth challenge. They were 40 in October, ”says Rand with a smile. “They said if you do 40 miles in October you will earn a badge.”

You bet he earned this badge.

On Memorial Day, he set himself a goal of running a 5K.

“I’m done with that and before the end of the day I said, okay Fox Valley Half Marathon, here I am.”

This weekend, 13 months after falling off that cliff, he lines up to run 13.1 miles in the ThedaCare Half Marathon, part of the Community First Fox Cities Marathon event weekend.

“We always say that our race is more than a physical sporting event,” explains race director Tara Perre. “It’s about providing a platform for people to dream and achieve their goals and do things they never thought possible. When I hear a story like Chris’s, it gives me goosebumps.

“Our mind is what keeps us from accomplishing most of what we want to accomplish in life,” says Rand.

This is probably how he was able to get an MBA during it all.

“I’m going to keep setting more goals for myself and crushing those goals,” Rand says.

He already has another goal in mind.

“Training plans for the ultramarathon. What do they look like? Rand said, with a smirk.

These Mexican wings triumph in the house of the Buffalo Bills