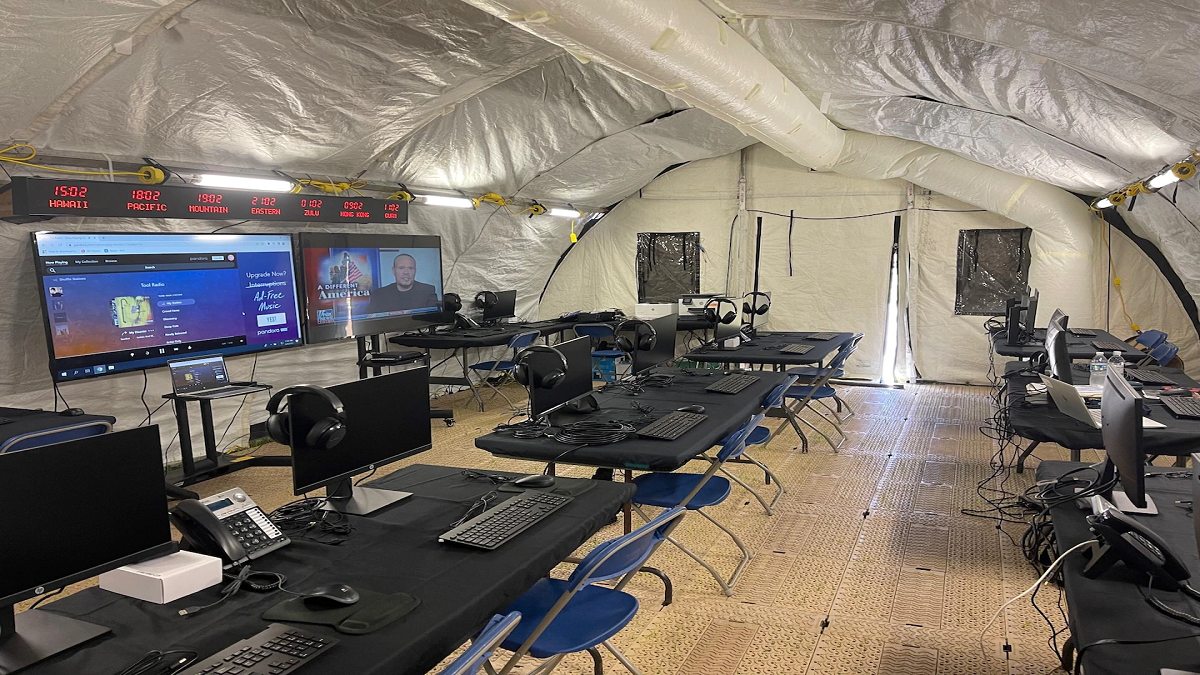 DAHLGREN, Virginia – Approximately 17 Naval Surface Warfare Center Dahlgren Division (NSWCDD) personnel, as part of a larger group of approximately 50 personnel supporting the Office of the Under Secretary of Defense (OUSD), research and l Engineering (R&E), assisted and supported in Valiant Shield 2022 (VS22). Joshua “Cus” Cusworth, Demonstration Coordinator and Leader of the OUSD R&E Operational Planning Team, Warfare Analysis and Numerical Modeling Department Mission Engineering Team, as well as a team of scientists and engineers, conducted an operational evaluation of the selected experiments. and prototypes dramatically increasing exercise capacity and results.

Valiant Shield is the only biennial U.S. field training exercise designed to gain experience and expertise in joint force operations by finding, fixing, tracking, targeting, engaging and by evaluating units in all operational environments. Since 2006, Valiant Shield has continued to help develop, train, and test capabilities that strengthen the defense of the United States and its allies. This multi-domain training exercise provides Indo-Pacific forces the capability and environment to exercise and test selected experiments and prototypes that provides relevant and valuable data to the Department of Defense, while assisting in the preparation of the Joint Force for a wide variety of crisis events, including disasters and humanitarian relief.

Cusworth and his team conducted operational evaluations on prototypes to aid the decision-making process for leadership. “Our primary goal for this event was to evaluate the selected prototypes and provide data-driven feedback on their capabilities,” Cusworth said. In August, a report generated by the data will be sent to the Under Secretary of Defense, Dr. Kathleen Hicks, for evaluation. A major component of this exercise included the Reserve Rapid Defense Experimentation Program established by Hicks. The program facilitates rapid innovation and experimentation through multi-pronged coordination and cooperation.

During the VS20 exercise, pandemic restrictions played a major role in operational status and permitted movements during the event. While the pandemic restrictions didn’t pose the biggest challenge in VS22, the team split into two groups for operational and strategic reasons. This challenge was not presented to the team until halfway through the planning process, so the team faced many planning hurdles that had not been considered at the time. origin. “We had to start all over again,” Cusworth recalls.

Discussions and preparations began for VS22 in early summer 2021. While the exercise only began in June of this year, some members of the Dahlgren team arrived in Guam as early as mid-May to prepare for the event. “The whole team worked tirelessly for a year and then had to restart to prepare for the change that happened, but everyone juggled very well,” Cusworth said. “While we were there, we worked 12 to 16 hour days in order to achieve our goals. It was early morning, late evening, and when you came back to your hotel room, you sent more people. emails trying to stay above water to accomplish what we came to do. Cusworth said: “The whole team has worked really well together. They have been put in very stressful situations during these long working hours, so teamwork was crucial.

The main focus of the team was mission engineering, so the team had to cover a wide variety of roles, including architecture, kill chain development, data collection, modeling and simulation (M&S), analysis and more to ensure mission success. exercise. “Our team has significantly increased the capacity of the exercise with our deployable capabilities,” Cusworth said. During the exercise, many flag officers and senior officials from the Senior Management Service visited the deployable site where Dahlgren’s team worked. A very notable visit included Indo-Pacific Commander Adm. John Aquilino. “That never happens, so her visit was a big deal,” Cusworth said.

Members of the NSWCDD team have long supported Valiant Shield. “One of Dahlgren’s primary goals is to support the fighter where he fights, and this team does just that,” Cusworth said. “They move forward and they support the fighter.” Key members of the NSWCDD team were Ken Mendenhall, Kendra Miller, Philip Costello and Harold Bannister. “Without these subject matter experts, the team would not have been successful,” Cusworth said. The team is already preparing for its next exercise and making changes to improve its support.