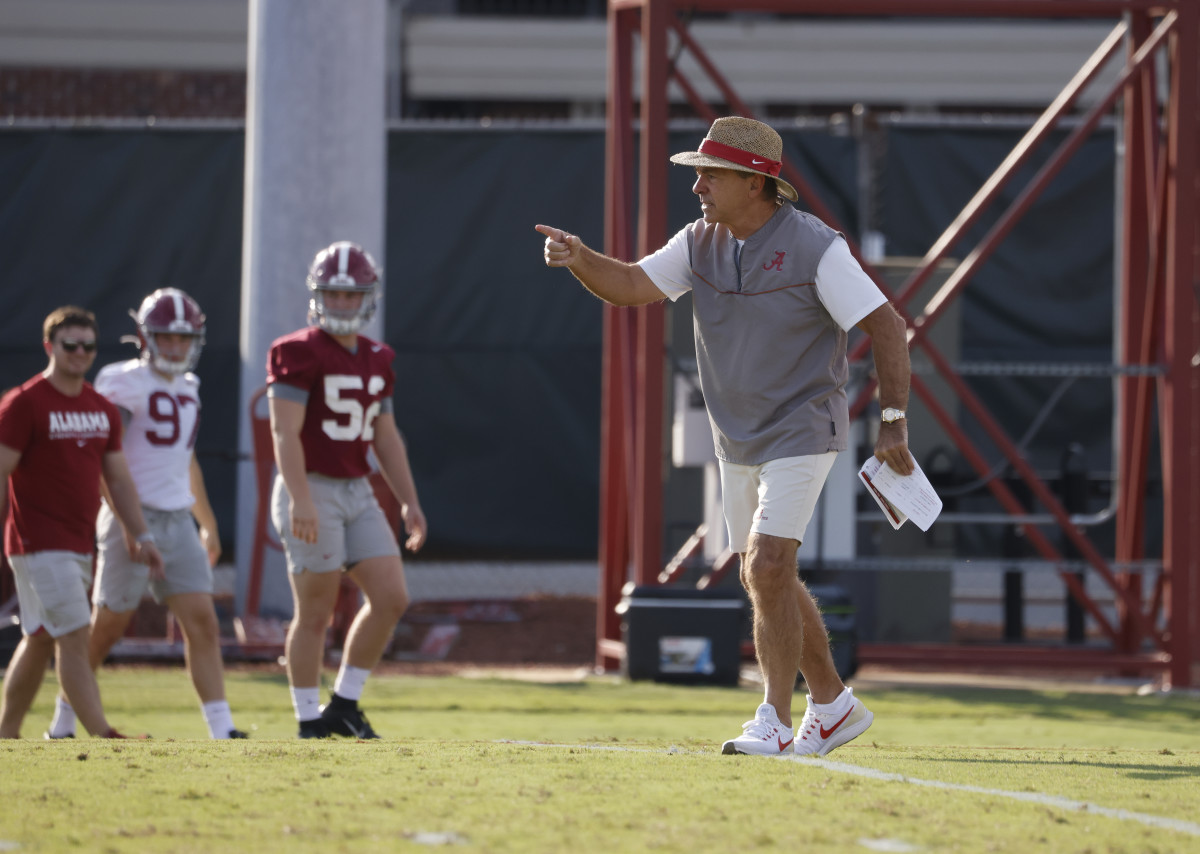 TUSCALOOSA, Alabama – It was a short but enjoyable press conference with Alabama football coach Nick Saban on Wednesday night.

While Saban’s weekly press conferences on Wednesday are typically shorter than his appearances on Monday, those on Wednesday were even shorter and lasted just under seven minutes.

Saban began by detailing the accent he relayed to the players this week.

“I think it’s really important for players to be able to generate their own ‘urge’ when it comes to the goals and the things you want to accomplish in relation to your team, your season and your own personal performance,” said Saban. “I think you have to support this every day – and I know it’s difficult – but it’s something that is a challenge for each of the players on our team.

“It doesn’t always have to be because someone is disrespecting you on the other side or because you are motivated for some external reason. It really should be internally about what you want to accomplish, what you are doing. want to do. Everyone has to respect winning: what it takes to win, the kind of preparation, the kind of work ethic in practice, the kind of habits you need to create in order to have the opportunity to do it.”

This week, Alabama is preparing to face Texas A&M this Saturday (7 p.m. CT, CBS) at College Station. While the Aggies are off to a 3-2 start – including a 0-2 start in the SEC game – they still possess top talent on both sides of football.

Saban stressed that this is a Texas A&M team that should not be underestimated.

“I think they’re one of the best teams we’ve played all year from a personal point of view, they just went through some tough breaks,” said Saban. “Probably the best team in the SEC last year. It could have been in the playoffs and they got 15 starters so I think we have to have a lot of respect for what we’re going to have to do to be successful against this. team in this game. “

On Monday morning, Saban announced that running back Jase McClellan would be out for the season after requiring surgery for a knee injury. So far this season, Brian Robinson Jr. has been the team’s main starter, with McClellan being the team’s second man. However, with the departure of McClellan, Roydell Williams is looking to be the player who will take on McClellan’s role on offense.

“Roydell played,” Saban said. “I played a lot against Southern Miss. Gained 100 yards. Roydell is a good fullback. He has a good blast. He can run behind his pads. He’s tough. He has speed and burst. C “He’s a good receiver. We have a lot of confidence. Aside from the Southern Miss game, he carried the ball several times. The offense. And we are convinced that he is quite capable of doing it.” “

So far this season, Williams has run 24 times for 154 yards and one touchdown. That’s an average of 6.42 yards per carry.

This story will be updated with the video from Wednesday’s press conference.