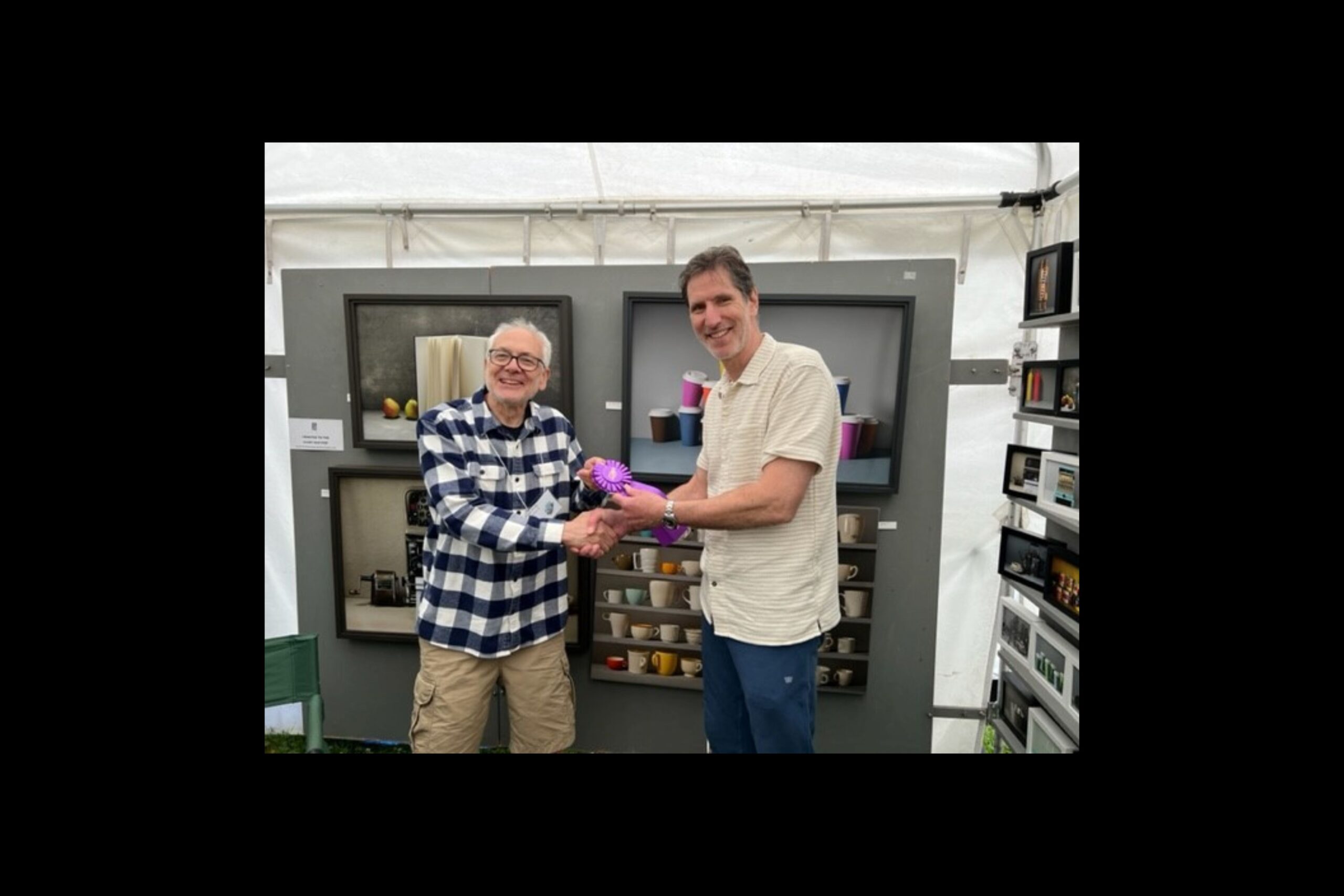 More than 3,000 people enjoyed the art and atmosphere at the annual Art in the Village event on June 25-26, according to a press release from event organizer North Shore Art. League.

“What an amazing weekend,” NSAL CEO Linda Nelson said in the statement. “…rain or shine, artists exhibited and sold their work, crowds were happy, and the board, staff and volunteers worked hard to make the show a success!”

The various works of art are exhibited and also judged by professionals, with the winners receiving certificates and cash prizes. First place went to Jack Kraig of Evanston; second to Linda Bernasconi of Chicago; third to Gary Stretar, of Spencer, Ohio; and honorable mention to Glenna Adkins, of Fort Thomas, Kentucky; Jeff Condon, of Grand Rapids, Mich.; and Jenny Henley, of Marietta, Georgia.

“It was a great honor to judge the work of this diverse array of artists. It was difficult to pick just a few winners from so many worthy contenders,” Brian Sindler, one of the show’s judges and former NSAL faculty member, said in the release.

The Music Institute of Chicago, headquartered in Winnetka, raised more than $750,000 around its annual benefit on June 2 at the Four Seasons Hotel in Chicago.

According to a statement from the institute, the funds – raised through ticket sales, sponsorships and donations – benefit financial aid, scholarships and programs offered by the organization.

During the event, Hilary Hahn received the Dushkin Award, while the Cultural Visionary Award went to Nancy and Scott Santi, and the Richard D. Colburn Award for Teaching Excellence went to the cello teacher. Dr. Tanya L. Carey.

Performances included Hahn, a violinist; the battery line of LEARN Excel Charter School; a New Orleans Music Procession; and students of the Institute of Music’s community music school and its academy for gifted pre-college students.

“Tonight we celebrate music, from discovery to mastery and the many spaces in between,” said Scott Verschoor, chair of the institute’s board of trustees, who is also a mature student at the school. “We celebrate the importance of music in bringing healing to a country and a world facing pandemics, war and civil unrest. Music will always be our constant.

“At the Institute of Music, we believe that music is an essential part of a caring community; it strengthens bonds and nourishes the human spirit. We also believe that live music and quality music education should be accessible to everyone.

The Record is a non-profit, non-partisan community newsroom that relies on reader support to fuel its independent local journalism.

Subscribe to The Record to fund responsible media coverage for your community.

Already subscribed? You can make a tax-deductible donation at any time.