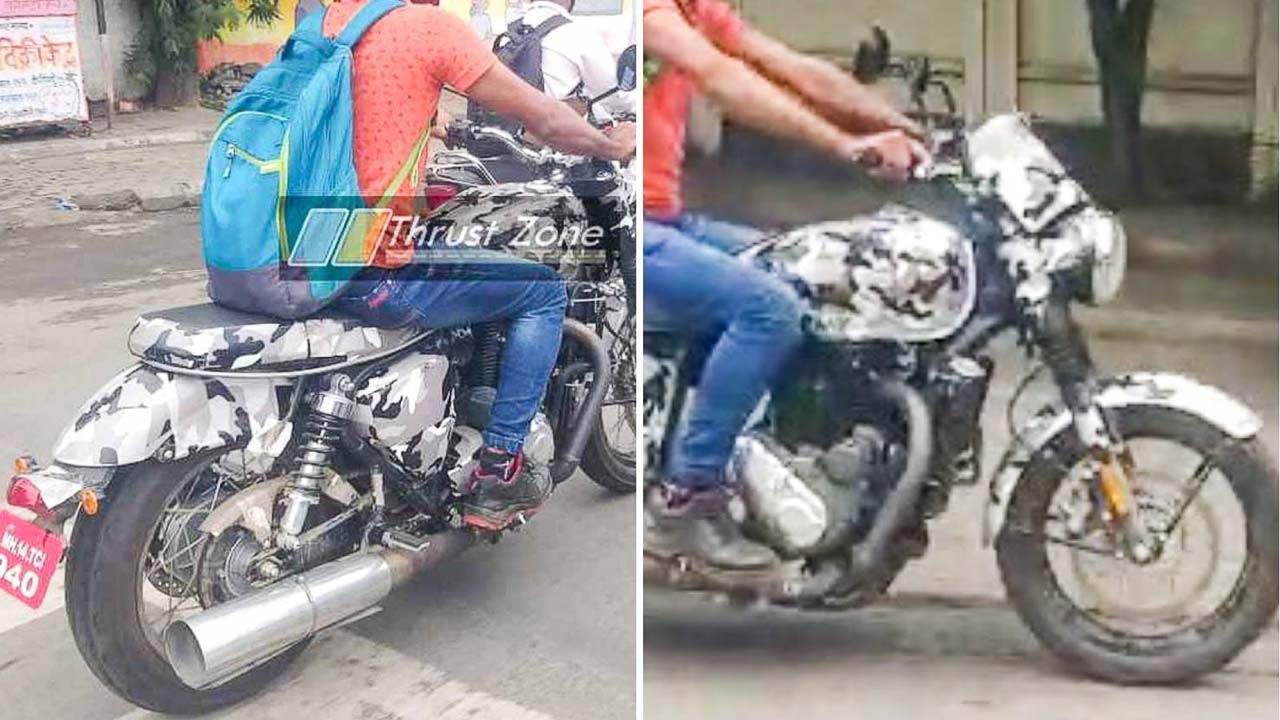 While India-made Triumph will compete with Royal Enfield, BSA will take on Kawasaki W800s

In a turn of events that sparked much speculation, a new retro-styled motorcycle was spotted during road testing. This is most likely the very first single cylinder model from Triumph made in India in partnership with Bajaj. However, it is also possible that the motorcycle is a BSA 650cc single cylinder. Developed by Classic Legends, owned by Mahindra, BSA motorcycles will primarily target the UK and other European markets.

It was reported earlier that Triumph Motorcycles are manufacturing their bikes with a capacity of 400-700cc in India. There are definitive clues that this heavily camouflaged retro-style motorcycle could be the new single-cylinder Triumph. An important piece of evidence is the crankcase design, which appears to be similar to that of other Triumph motorcycles.

Other elements such as the design of the wide seats, the prominent fuel tank and the side panel underline the DNA of Triumph. Additionally, Bonneville’s look and feel can be seen in components such as the handlebars, the use of wire wheels, larger front wheels and smaller rear wheels, forks and chain drive. on the right side. The tires appear to be Pirelli units, which have been seen with other Bonneville motorcycles.

However, most of the features seem to have undergone some evolution from the Bonneville range. This suggests that it could also be a brand new product from Triumph. The motorcycle is likely to be powered by a 350-400cc engine, generating around 35-40 BHP and 30-35 Nm. It could accommodate a 6-speed gearbox. The bike will be a world class product, just like KTM and Husqvarna. It will be offered in national and international markets.

As it will compete with Royal Enfield motorcycles, Triumph’s new single-cylinder bike should deliver a raucous sound experience. This bike is expected to debut next year.

After successfully resurrecting Jawa, Classic Legends is working on his other projects which include Yezdi and BSA. The company bought the worldwide rights to the iconic BSA brand in 2016. What we know so far is that the BSA motorcycle will use a 650cc single cylinder engine.

It’s possible that the new retro-styled bike spotted in road tests is actually a BSA. Its retro styling looks familiar to BSA motorcycles that were in production decades earlier.

BSA will initially target customers in the UK, where the brand has a strong recall. Other European markets will be covered later. The launch of BSA India is unlikely due to high prices and legal entanglements.