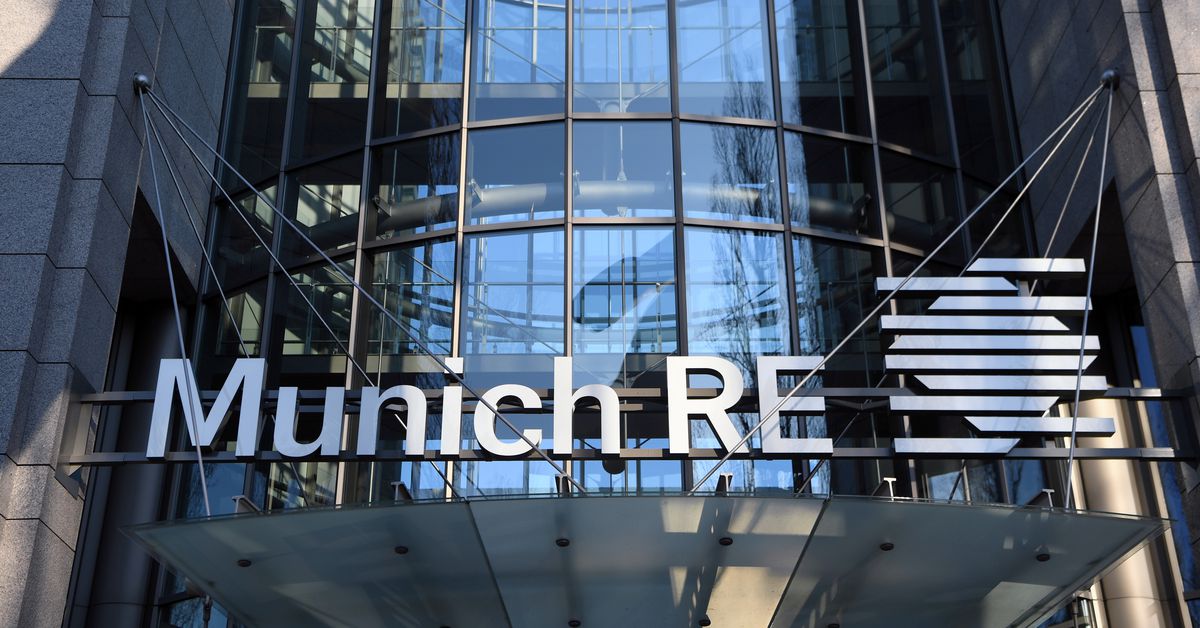 Munich Re Q2 profit up around 90%, beating expectations

The logo of reinsurance company Munich Re Group can be seen next to the entrance to its headquarters as the spread of coronavirus disease (COVID-19) continues in Munich, Germany on April 4, 2020. REUTERS / Andreas Gebert

The German reinsurer said in an unscheduled announcement that spending on major claims was below average over the period, due to relatively small losses from natural disasters.

Preliminary net profit reached around 1.1 billion euros ($ 1.3 billion), the company said. This is an increase from € 579m last year when it was hit by heavy losses from the coronavirus pandemic.

It is also higher than the 808 million euros expected by analysts.

Munich Re said it was “on track” to meet its annual profit target of 2.8 billion euros.

The company made no reference to damage from severe flooding last week in Western Europe, which is expected to cost the industry billions.

Full figures for the quarter are expected to be released on August 10.