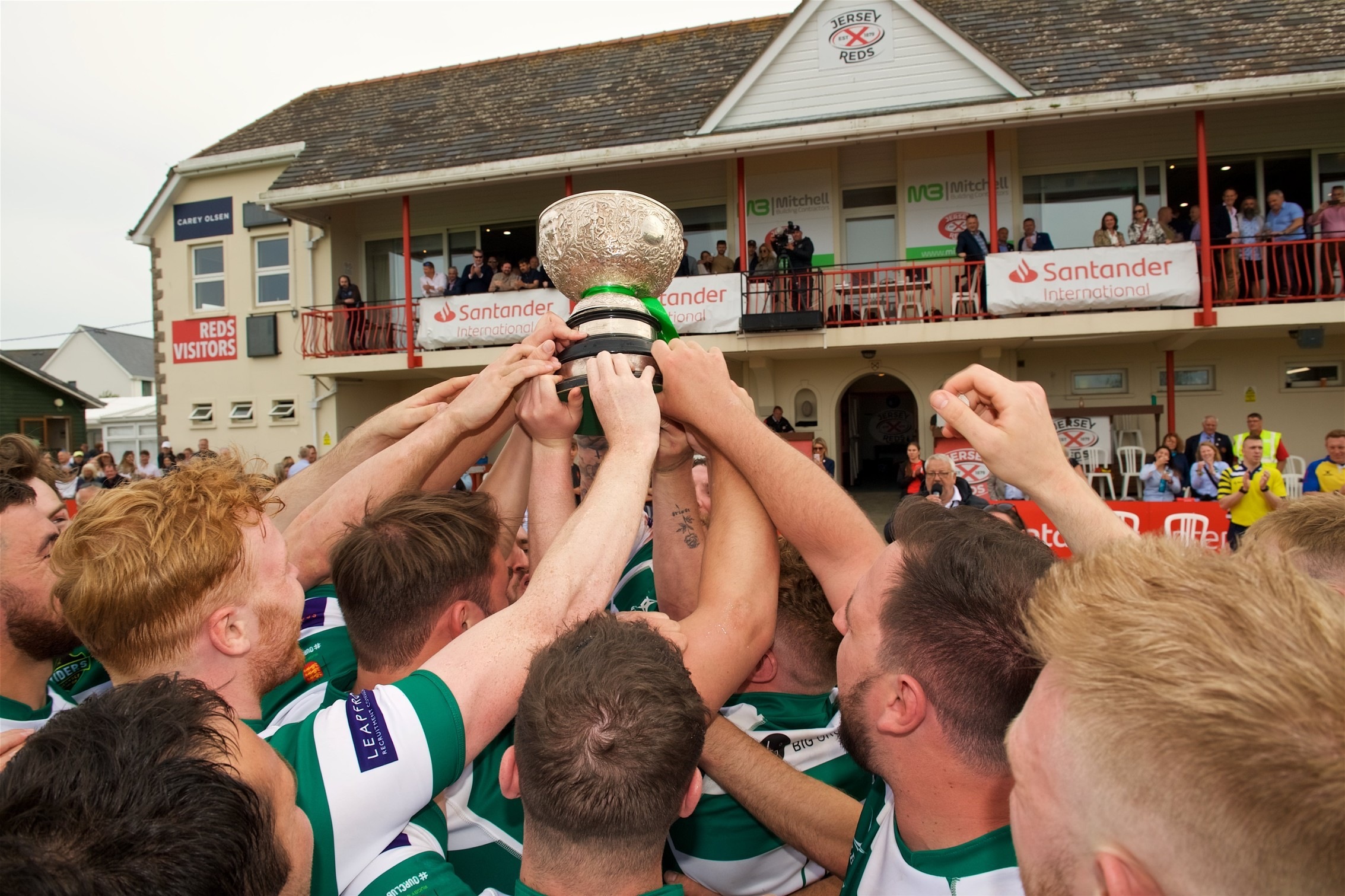 He said his National Two side were “huge underdogs”, having lost at home when Jersey Reds Athletic – plus two junior professionals – last visited Footes Lane.

It looked like this tie had “Caesarean dominance” written all over it.

In truth, however, it was never going to be a Siam Cup tie like those seen over the past decade, when Jersey’s elite approach finally made the difference.

It was a close call for the Reds in November, when the sides met for the delayed 2020 edition, but other rule changes since then – including the sending off of the entire Jersey first-team – appear having tipped the scales firmly in Guernsey’s favour.

That said, despite the scoreline, the end result could have been different at St Peter on Saturday. Jersey still held out hope of victory early in the second half, having fought back to trail 26-19 to 19-0.

It would be as close as they would get.

The floodgates cracked against their hinges in the final 12 minutes, with four quick tries taking Guernsey’s tally to ten and ending any remaining resolve held by those in red.

The Raiders got off to a positive start, controlling the opening rallies with steady attacks and quick tackles when their hosts were in possession.

Center Charlie Davies combined well with half-back Charlie Simmonds and Owen Thomas to highlight their side’s threat before Simmonds created the opener for Anthony Armstrong, who would end the day with a hat-trick and the Mike Engleman’s man of the match. trophy.

A deft chip over looked destined for the dead ball line in the right corner, but winger Armstrong burst in to connect in front of a pressed Jersey defense. Referee Neil Sweeney and his sideline assistant took time to deliberate before awarding the try.

Just three minutes passed before Guernsey crossed again – Ciaran McGann completed a lengthy move from right to left for 12-0 – and with just 21 minutes on the clock the visitors were three scores clear when Davies took out flanker Oscar Baird, who had enough of a lead to escape last man Aaron Penberthy’s tackle attempt.

Jersey needed time on the ball. Slowly, but surely, they got it.

After moving up the ranks, it looked like a chance was missed when an attacking scrum from five yards was lost, but Harrison Berresford’s successful charge sent the ball over the try line. Mark Boarer was the quickest to react, for 19-5.

After Guernsey full-back Callum Roberts found the left corner, Boarer cut the deficit again with an interception halfway through, and prop George Thomas bagged Jersey’s third on the stroke of halftime. time, on an alignment maul.

With the Reds first team – dressed in their traditional ‘colored shirt’ end-of-season attire – urging them with chants and denunciations, Athletic maintained the momentum of the start of the second half knowing that, at 26-19 for the greens, the next score was crucial.

Had Boarer’s half-volley off the chip from Penberthy rebounded favorably the scores would likely have been leveled, but Guernsey then hammered another nail when Davies won a run for the line after Doug Horrocks blocked a clearance kick.

Roberts went 38-19 with room to spare on the right flank before McGann took down potential tackle Scott McClurg and set up Ethan Smith for the Sarnians’ seventh touchdown.

Numbers eight-10 then came with little objection – via Armstrong (two) and Davies – although captain Tim Corson gave Jersey some respite with a dash for the posts, after Boarer was laid off .

With a home crowd to please, Reynolds is unlikely to field a weaker side for the 2022 edition at Footes Lane next Saturday, while Myles Landick’s Reds could be deprived of up to six of Saturday’s 22 due to wounds.

But, as we all know, in sport there is always hope, because nothing is impossible.