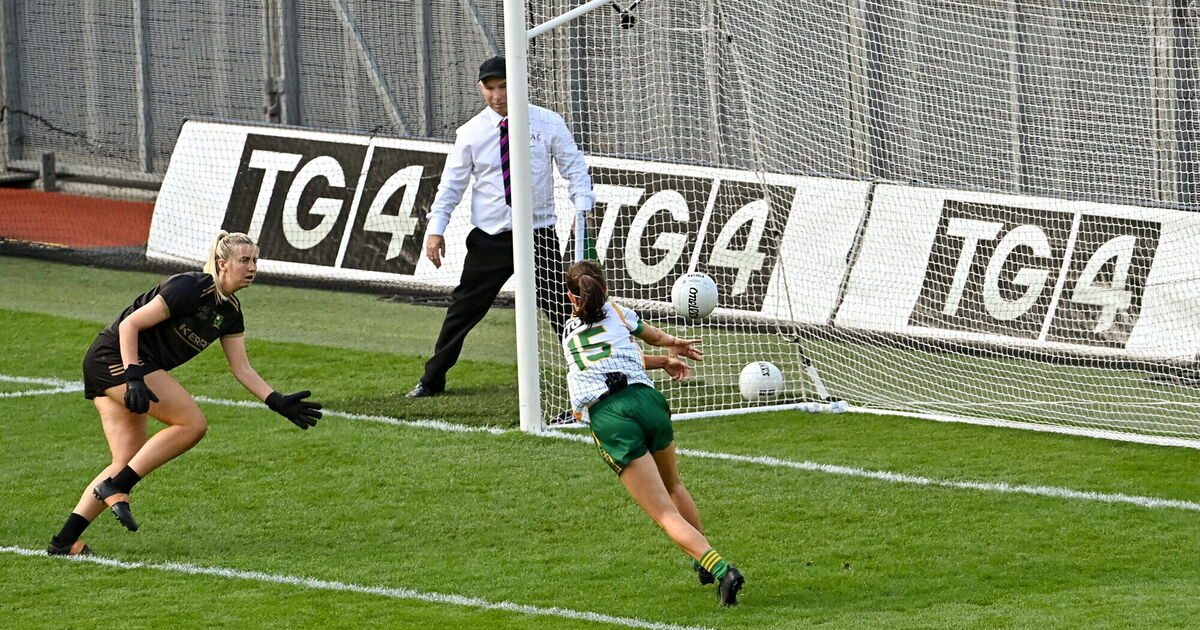 Two second-half goals in the space of three minutes paved the way for Meath’s successful defense of their All-Ireland Senior Women’s Football title at Croke Park this afternoon.

In front of a crowd of 46,440, Cup holders Brendan Martin’s shooting was questionable at times, but their all-around play was good enough to win as they recovered from a shaky start as they trailed from five points after seven minutes.

Meath’s advantage of three at half-time was reduced to one point five minutes into the second half as Kerry converted a quick brace. A free from Emma Duggan once again stretched Meath’s lead, but they wasted in front of goal, Duggan herself kicking three in the 38th minute.

Kerry didn’t help herself with a little discipline and overreach. Their spot kick also spat out and it cost them Meath’s second goal in the 45th minute when the ball was quickly sent back to Kerry’s goal, Stacey Grimes squared it to Niamh O’Sullivan and she handed the ball over ball to the net.

Three minutes later and Meath was out of sight, eight points clear, as Vikki Wall broke with intent, found Grimes feeding substitute Bridgetta Lynch and as her first effort returned from the bar she was alert for make the most of the second bite of the cherry.

The intensity of Meath’s tackles throughout the second half was excellent and too often Kerry’s forwards found themselves in dead ends. Wall didn’t finish the game on the pitch as she received a yellow card, but that didn’t matter as Meath kept her opponents scoreless for the final 25 minutes of the game.

Kerry’s start was electric, however. By the seventh minute they were 1-2 on the board and Meath, who did not score until two minutes later, looked shocked. Ciara Murphy and Louise Ní Mhuircheartaigh (free) had points on the board when after the latter’s effort she grabbed Katie Newe’s attempt to recover a quick kick and found her target with a beautifully placed lob at the seventh minute.

Like true champions though, Meath responded resoundingly with the next seven scores. They raised a green flag in the 10th minute, Kelsey Nesbitt catching and running before Emma Troy applied an emphatic finish.

A free wall squared the game in the 12th minute, Meath took the lead a minute later and by the 24th minute they were four ahead as Wall added his third point of the game. Kerry struggled with his kicks and Aoibhín Cleary played a blinder for Meath in the middle of the third.

Kerry stopped the rot in the 25th minute when Síofra O’Shea split the posts. Niamh O’Sullivan called that off, but Paris McCarthy and Lorraine Scanlon fired a point either side of a free Grimes and Kerry was within reach at the break, 1-5 down 1-8.