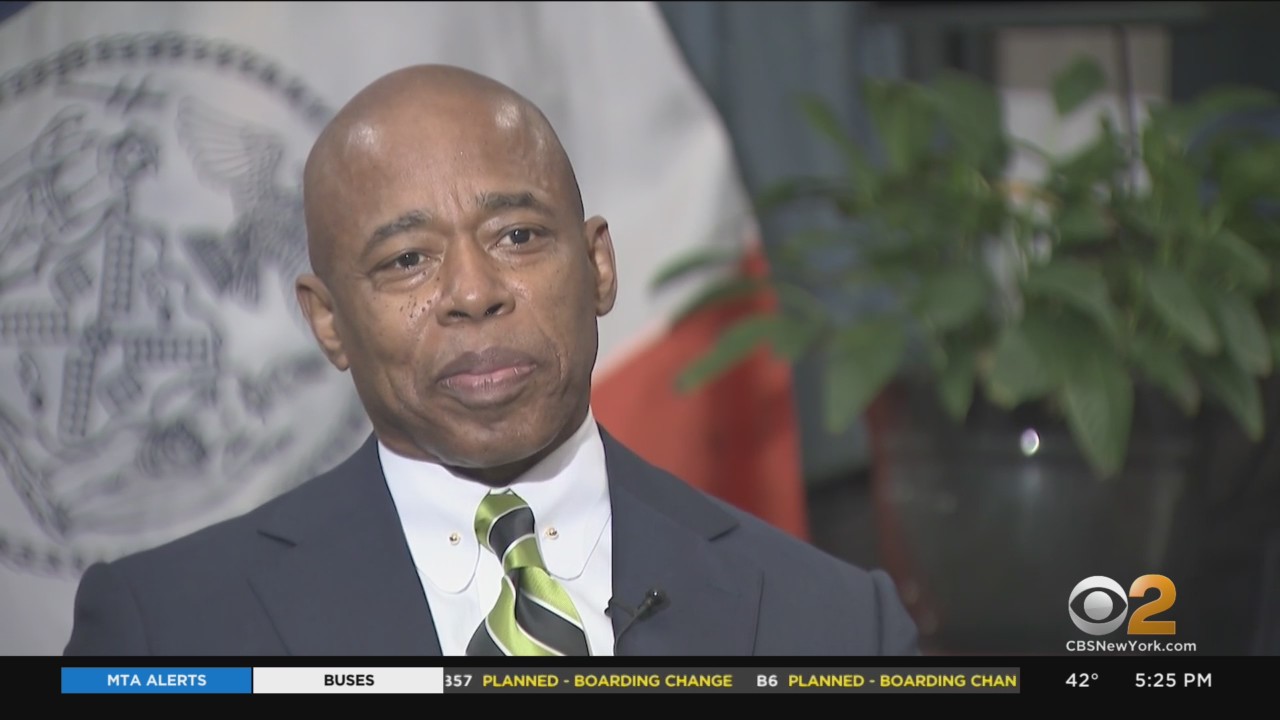 Mayor Eric Adams on choosing a life of public service, what he hopes to accomplish for New Yorkers

Long Island woman warns others after her Instagram account was hacked and held for ransomHackers take over social media accounts and demand ransoms. A Long Island victim live-streamed her conversation with the hacker as she tried to appeal to her conscience; Reporting by CBS2’s Carolyn Gusoff.

Mayor Eric Adams on choosing a life of public service, what he hopes to accomplish for New YorkersAs the nation and New York City celebrate Black History Month, CBS2 political reporter Marcia Kramer spoke with Mayor Eric Adams, who is only the city’s second black mayor.

Brian Flores breaks silence on NFL allegationsThe former Dolphins coach is speaking out after filing a class action lawsuit against the NFL for discrimination. CBS2’s Steve Overmyer has the latest.

Det. Mora’s coffin transported from the cathedralNew York City mourns the second detective killed in the line of duty in response to a call for help in Harlem.

Rookie officer recovering from Rockaways shootingThe NYPD says an off-duty officer was shot and killed on his way to work by two men who tried to steal his car. CBS2’s Elijah Westbrook reports.

NYPD Det. Wilbert Mora honored by the funeral of the heroReporting by CBS2’s Jessica Moore and Tony Aiello from outside St. Patrick’s Cathedral.

Det. Wilbert Mora’s brother Wilson Mora delivers euologyWilson Mora delivered a eulogy saying “I just want you to know that I have always been proud of you. You have chosen a life of service to your community and our adopted country”,

NYPD Inspector Amir Yakataly delivers a eulogy for Det. Wilbert MoraYakataly said Mora was the embodiment of the American dream and died as a warrior trying to save his brothers and sisters in blue as well as the citizens of New York City.

Funeral today for NYPD officer MoraThe city will say its final goodbyes to the second hero officer who died after being ambushed last month in Harlem. CBS2’s John Dias has the details.