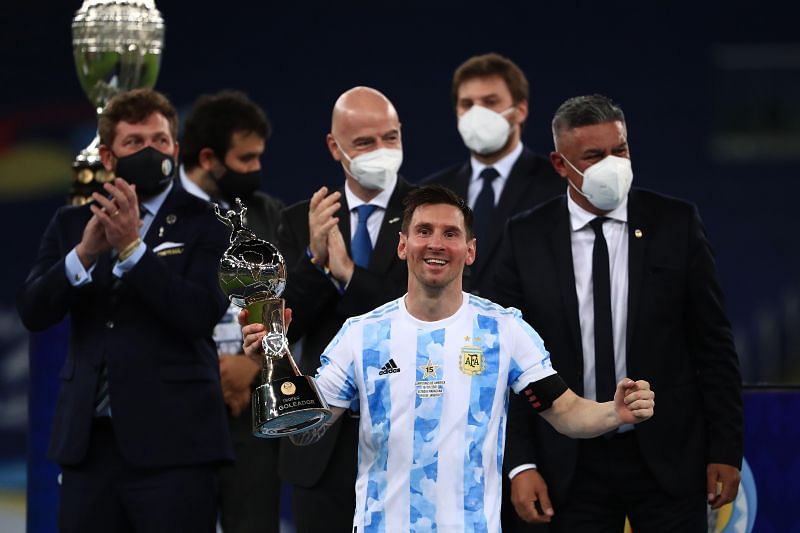 Lionel Messi broke Cristiano Ronaldo’s Instagram record for most likes on an athlete’s photo following Argentina’s 2021 Copa America triumph, according to Give Me Sport.

The post in question is a photo of Lionel Messi with the Copa America trophy with the caption:

“What beautiful madness! It’s incredible! Thank God! We are the champions!”

The triumph was special for Messi as it was his first international trophy with Argentina, which ended his 28-year wait for the Copa America crown.

Lionel Messi’s Instagram post currently has over 20 million likes and 515,000 comments. Cristiano Ronaldo held the previous record for a post of tribute to the great Argentinian Diego Maradona after the legend’s demise in 2020.

With over 20 million likes, Lionel Messi’s post is currently the sixth most liked photo on Instagram. Apart from the Barcelona star and Cristiano Ronaldo, no other athlete is in the top 20.

Cristiano Ronaldo and Lionel Messi have enjoyed success with Portugal and Argentina respectively. Despite Portugal’s early exit from Euro 2020, Cristiano Ronaldo had a successful tournament at the individual level. The five-time Ballon d’Or winner received the Golden Boot for scoring five goals at Euro 2020.

Cristiano Ronaldo is now also at the level of former Iranian striker Ali Daei as top scorer in international football. The pair are currently tied on 109 goals and Ronaldo is expected to overtake Daei in the near future.

Lionel Messi, on the other hand, won the Copa America with Argentina. The 33-year-old was also the tournament’s most notable player. He also received the top scorer award for scoring 4 goals. The six-time Ballon d’Or winner was named best player of the tournament.