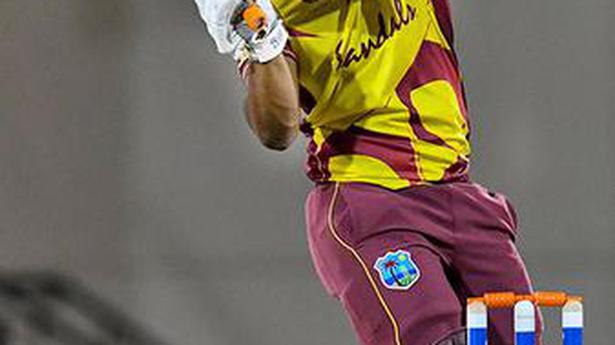 Lewis shines as the Windies triumph

Opener Evin Lewis was at his best with an inning of 79 to prepare for the West Indies’ 16-point win over Australia in the T20 International final of their five-game series at Daren Sammy Stadium here on Friday.

Lewis’s punitive innings on just 34 balls, highlighted by nine sixes and four fours, took the home side to 199 for eight and earned them the man of the match award as the West Indies also won the series 4-1.

Pacers Sheldon Cottrell and Andre Russell then claimed three wickets apiece as Australia were limited to 183 for nine.

Mitchell Marsh, who has posted three half centuries in his previous four innings, looked set for another substantial contribution, but fell 30 on 15 balls.

Despite being hampered by what appeared to be an ankle injury, Australia captain Aaron Finch sought to keep his team in the chase.

Antigua leg spinner Walsh was named man of the series for his haul of 12 wickets, one short of New Zealand spinner Ish Sodhi’s T20I series record, also against Australia, earlier this year.

The West Indies and Australia meet in three one-day internationals in Barbados starting next Tuesday.

MoS: Hayden Walsh; The West Indies won the game by 16 points and the series 4-1.