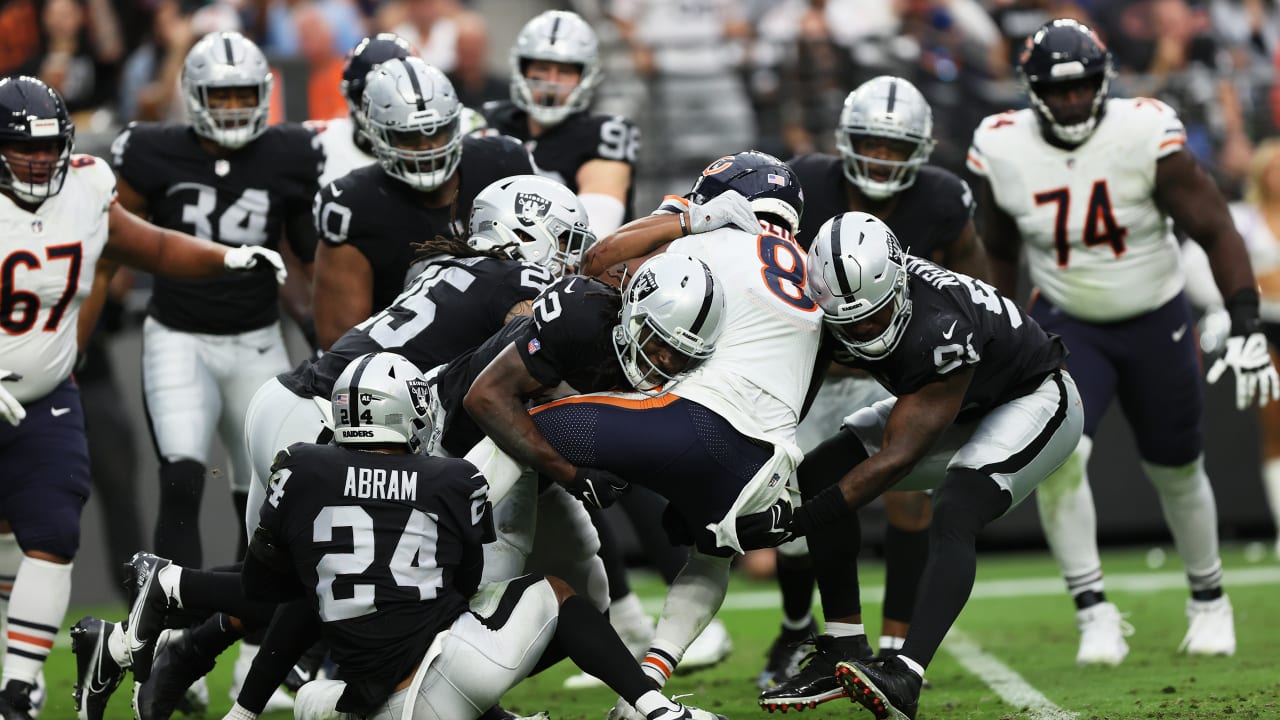 Even with effective defense, the Raiders can’t overcome costly penalties.

Derek Carr left no room for people to analyze and wonder why the Raiders fell to the Chicago Bears, 20-9.

â€œI just don’t think we played well enough,â€ said Carr. “If we sit down and look at it, we just haven’t played at the level we expected. Not even close.”

It wasn’t bad for the Raiders on Sunday. The defense put in a solid performance, keeping rookie quarterback Justin Fields at 111 passing yards and the team under 50 percent on third-down conversions. Yannick Ngakoue even got his first two sacks of the season.

â€œWe did our thing on a lot of three and-outs,â€ Ngakoue said after the game.

â€œAs a defensive player I’m proud of everyone – of all the guys who have stepped up. We just have to keep working.â€

â€œI think they played hard. They did some really good things,â€ said Gruden. “We struggled in the first half; we couldn’t get the ball back. I think we only had 25 attacking attacks in the first half. We played better in the second half. We made some mistakes at the start of the football game defensively, but we are still looking for a turnover, we need to get a position on the pitch.

“They are playing hard, we are doing good things and there are individual efforts which are just exceptional, but it was not enough today. You have to win in all three phases and we did not do it today. ‘hui. “