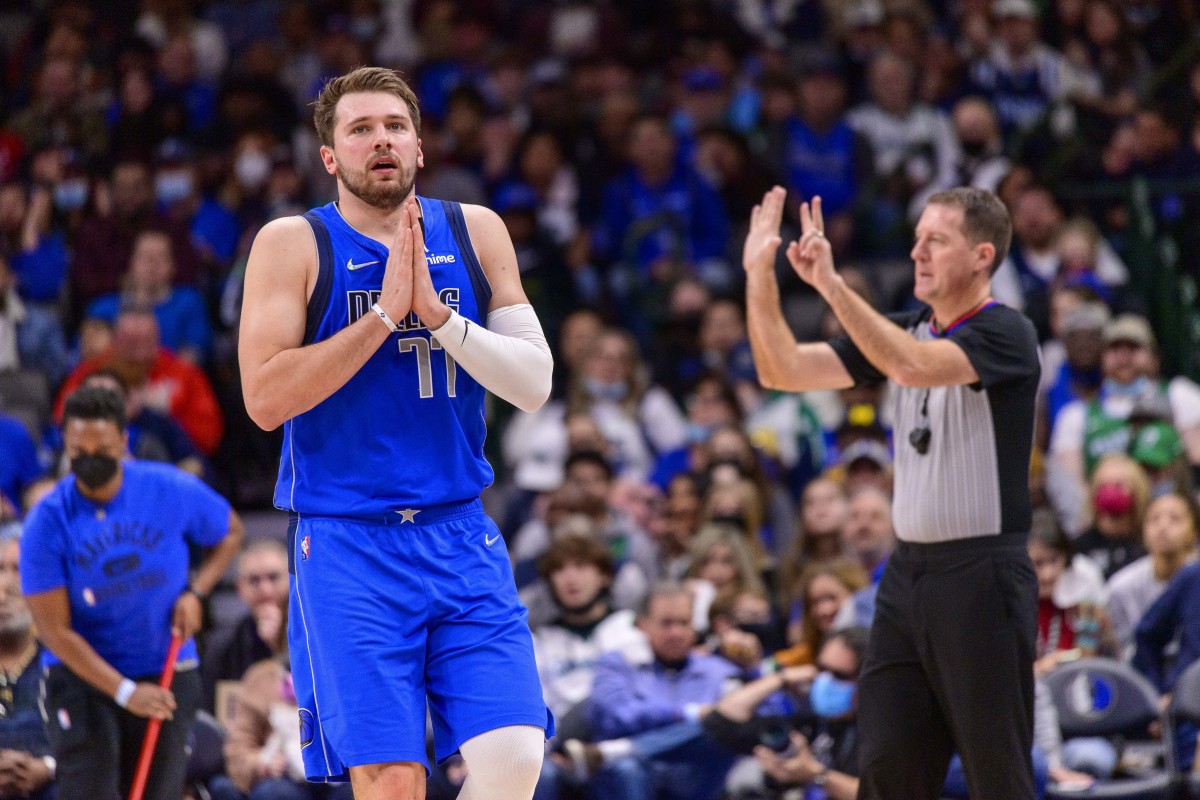 After an impressive win from behind against the Philadelphia 76ers to end a two-game skid, Luka Doncic and the Dallas Mavericks looked to keep the positive momentum going against Trae Young and the surging Atlanta Hawks. After struggling with fouls for most of the night, the Mavs finally pulled through to a 103-94 victory.

After being called for a highly questionable fifth foul early in the third quarter, Doncic was forced to sit for most of the period. However, Dallas was able to dig deep with their reserves and keep the game intact until Doncic could come back in the final quarter to finish things off.

Doncic ended up recording the 45th triple-double of his career with 18 points, 10 rebounds and 11 assists in just 27 minutes. He shot 6 of 17 from the field and 5 of 6 from the free throw line.

Of all the 2018 NBA rookies in the game tonight, Jalen Brunson, who was the 33rd pick in this draft, performed better than any of them. Brunson battled his own foul issues, but finished with the team tied for 22 points on 9-of-14 shooting from the field and 4-of-5 from deep. He also grabbed five rebounds and five assists in 30 minutes of play.

Reggie Bullock has been on an absolute tear since Tim Hardaway Jr. suffered a foot injury that required surgery. That continued in a big way Sunday night as Bullock scored 22 points while shooting 8 of 14 from the field and 6 of 10 from deep. Bullock hit big shot after big shot in the fourth quarter to help Dallas put this game to bed. Bullock’s nine rebounds were right behind Doncic.

Although Trae Young posted a double-double of 17 points and 11 assists, he shot just 6 of 19 from the field in 37 minutes. Atlanta was led by John Collins, who the Mavs are apparently trying to trade before the NBA trade deadline. Collins finished with a team high 22 points and 18 rebounds while shooting 10 of 20 from the field. Do the Mavs have enough assets in the cabinet to acquire that kind of frontline talent? We only have four days left before we find out.

Next, the Mavs take on the Detroit Pistons at the American Airlines Center on Tuesday in what will be their fourth game of the current six-game home stand. This will also be Dallas’ last game before the NBA trade deadline buzzer. Pistons forward Jerami Grant has been linked to the Mavs in trade rumors over the past month, so naturally we’ll be looking to see if anything comes of it.

As Challenger Banks grow, lenders should be nervous