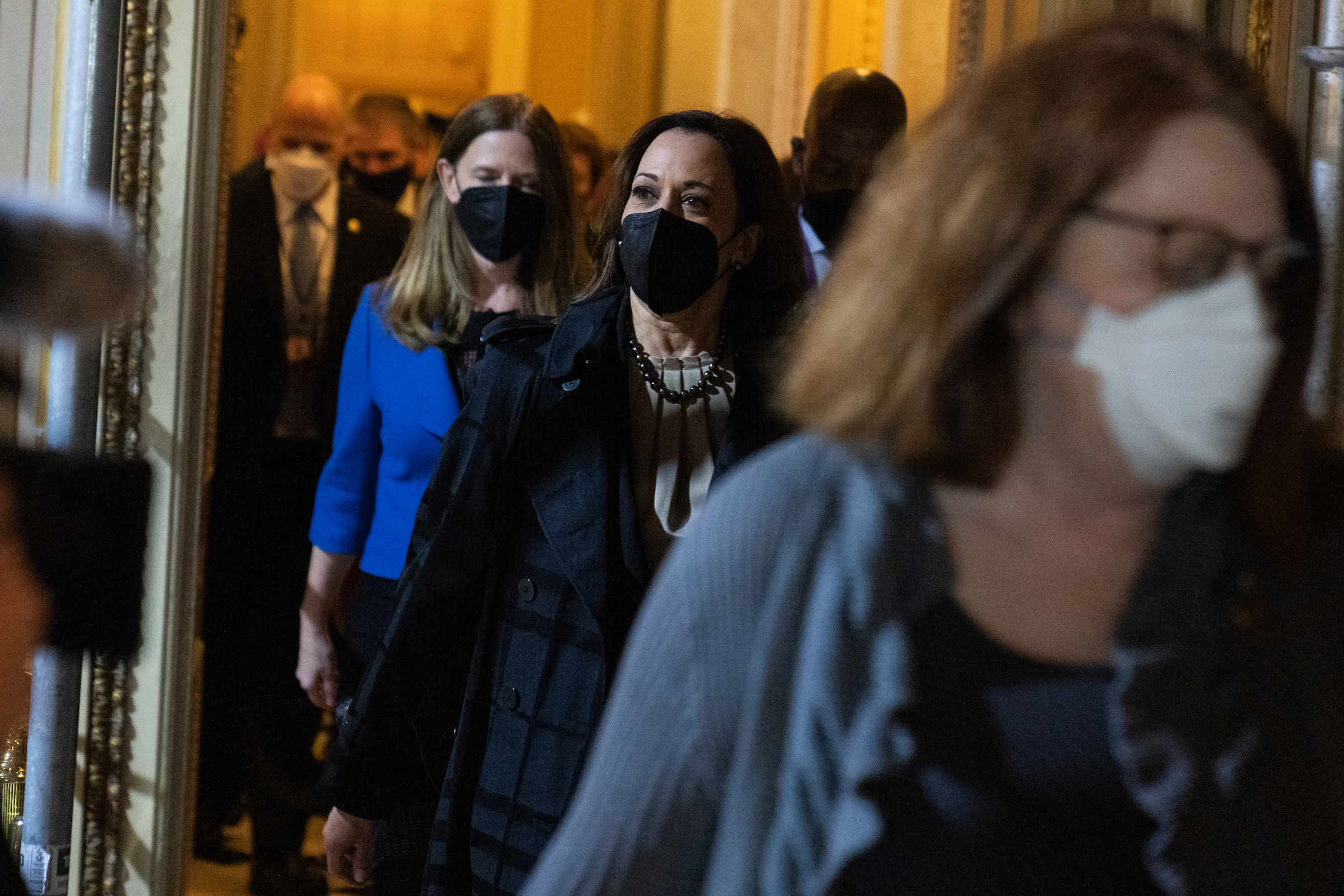 Vice President Kamala Harris couldn’t suppress a broad smile and a crack in her voice as she guided the Senate’s final steps to confirm the first black woman to the Supreme Court on Thursday.

And after Harris announced the results of the final vote for Ketanji Brown Jackson, she left cheers from Democrats and members of the Congressional Black Caucus lining the back of the chamber. The former California senator was pounding on the hammer to bring order, but she didn’t try too hard.

It was among the actions and speeches, big and small, that Democrats used to mark on a day that brought down a barrier to the highest court in the land.

“I’m thrilled, deeply moved,” Harris told reporters after presiding over the vote in her role as Senate Speaker. “You know, there’s so much going on in the world right now that exhibits some of the worst human behavior right now. And then we have a moment like this.

“This, I think, reminds us that there is still so much to accomplish and that we can accomplish, including on a day like today that is so historic and so important, for so many reasons,” said Harris, who is the first woman, first black vice-president and first Asian.

The Dolphins triumph over the Titans | Guam Sports