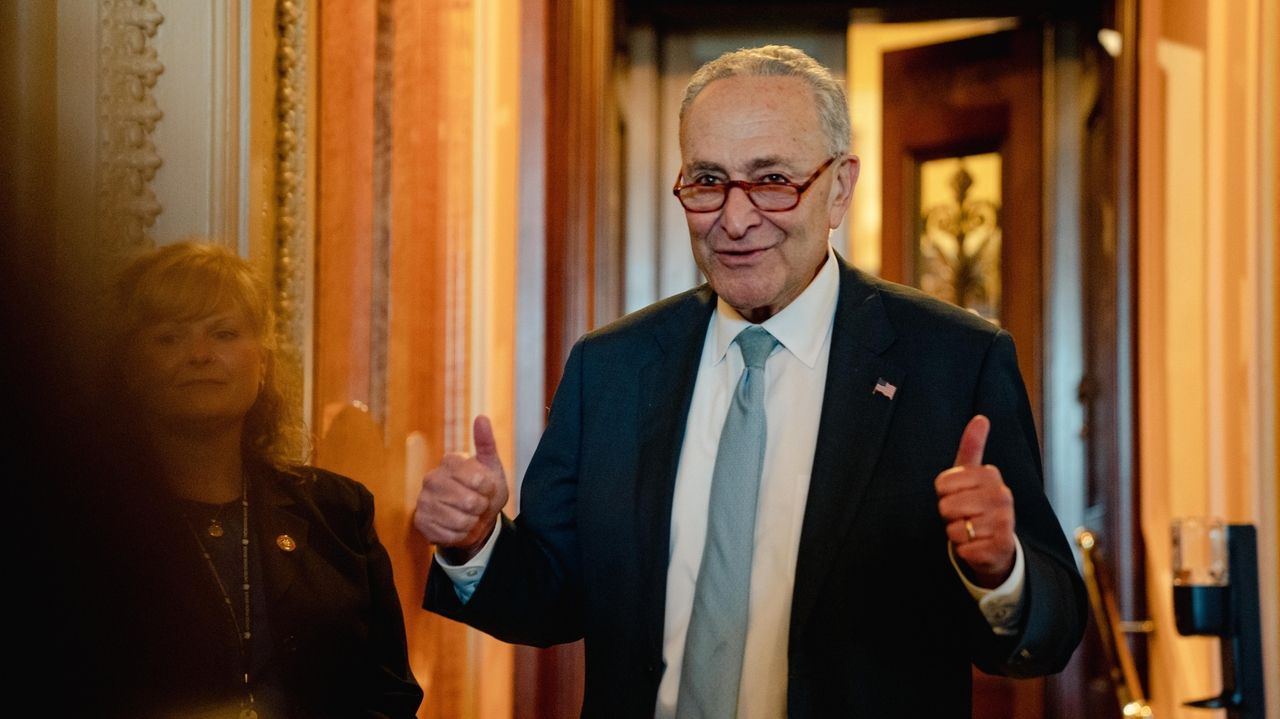 Democratic senators’ deal not a triumph for leftists

Washington business leaders, big financiers and lobbyists can rest assured that the Democratic Party is not operating under the sway of strident progressives — despite GOP messages to the contrary.

Consider everything that was left out of the compromise deal on climate, drug costs and taxes that Senate Majority Leader Chuck Schumer orchestrated and pushed past the finish line of his room.

The deal left unscathed the widely criticized tax loophole on carried interest, worth about $14 billion a year. It’s the dubious practice that managers of hedge funds, venture capital and private equity pay far less tax on earnings from profits than they would on wages or salaries. That means some of the wealthiest Americans can structure their compensation at a 20% tax rate instead of the top 37% that some of their own employees pay.

Even business advocates who support keeping these executives’ incomes taxed as capital gains in this way — calling it an incentive for risk and investment — note that when Republicans were in power, they limited the practice. As a result, fund managers must now hold the assets of the portfolio in question for three years to benefit from the tax advantage. Before, it was only a year. Recent efforts to make it a five-year requirement have failed.

Blame or credit for the triumph of this wealthy perk lies with Arizona Senator Kyrsten Sinema, a pro-corporate Democrat. His party has a very thin grip on the House majority, allowing Sinema and wealthy conservative Sen. Joe Manchin of West Virginia to wield outsized influence over legislation, shaping the final compromise.

Last year, President Joe Biden, who promised to reverse his predecessor’s massive corporate tax cuts, apparently couldn’t. Business rates fell dramatically from 35% to 21% under Republicans, and stayed there under Democrats.

The size of the multi-purpose set – with its touted improvements in tax fairness, drug costs and environmental protection – has shrunk considerably.

Progressives accept it as the only choice before them. Last week, for example, Sen. Bernie Sanders (I-Vt.) expressed exasperation that the measure “leaves virtually all of [ex-President Donald] Trump’s tax breaks for the wealthy and the big corporations.

Sanders told the New York Times, “It’s a gun to the head. . . Am I disappointed with this? Surely I am. On the other hand, what needs to be weighed is that the future of the Earth is at stake.” Climate and energy efficiency provisions, he noted, are the most great action of its kind for the nation so far.

Also on the tax front, Long Islanders who use state and local tax deductions on their federal returns will have to wait until another attempt is made to fully reinstate the GOP-abandoned SALT arrangement. And Republicans were able to add private equity exclusions to a new 15% minimum corporate tax.

The Senate deal now goes to the House, where at least for this season, Democrats retain control.

For electoral purposes, the authors of the legislation clearly hope that its enactment will tell midterm voters that the current Congress has the ability to function and govern on key issues. The question is what impact their moderate message will have in the fall as Democrats try to fend off future Republican victories.

The opinions of columnist Dan Janison are his own.

Dan Janison is a member of Newsday’s Editorial Board.