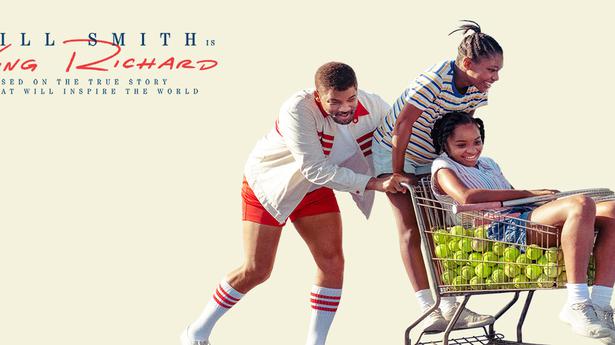 Before Richard Williams (Will Smith), there was Mahavir Singh Phogat (Aamir Khan). Remember Nitesh Tiwari Dangal (2016)? The movie, like King Richardsaid Phogat, a national level wrestling champion from a small village in Haryana, Balali, putting his daughters, Geeta and Babita, through a grueling training program to make them international wrestling champions.

Phogat, like Williams, faced ridicule and prejudice to inspire and guide her daughters to the finish line. The finish line is naturally different for us. Our finish line was tears streaming down Phogat’s cheeks as he heard the national anthem and realized that Geeta had won the gold medal at the Commonwealth Games. Williams’ dreams for her tennis prodigy daughters, Venus (Saniyya Sidney) and Serena (Demi Singleton) were slightly different, which is revealed in the epilogue.

At the age of 15, Venus signed a $12 million contract on top of becoming the first African American woman to be ranked number one while Serena won a jaw-dropping 23 Grand Slam titles.

Storyline: The story of two sisters who are tennis prodigies and their father’s single-minded dedication to breaking the lines of class, race and gender to make them legends

Directed by Reinaldo Marcus Green, King Richard tells the often controversial and abrasive story of Williams, who had a plan (85 pages) for her daughters before they were even born. In Compton, Los Angeles, Williams and his wife, Oracene/Brandy (Aunjanue Ellis), train Venus and Serena, while working day jobs as a security guard and nurse, respectively. Williams scrambles to find a coach for the girls. He eventually convinces Paul Cohen (Tony Goldwyn), while coaching John McEnroe (Christopher Wallinger) and Pete Sampras (Chase Del Rey), to take a look at Venus and Serena.

Cohen is impressed but agrees to only train Venus for free. This doesn’t stop Williams who records everything and asks Brandy to train Serena based on the recordings. Williams’ constant feedback and corrections during training don’t particularly endear him to Cohen. Just as Venus reaches the major league in junior tournaments and sponsors come sniffing around, Williams decides to pull her out of tournaments, fearing she will be exploited by soft-spoken white businessmen.

Rick Macci (Jon Bernthal), who runs a tennis academy in Florida and coaches Jennifer Capriati (Jessica Wacnik), offers Venus a place in his academy. Williams negotiates hard and the family moves to Florida. The film ends with Venus turning professional at age 14 in October 1994 and taking on a world champion, Arantxa Sánchez Vicario (Marcela Zacarías) in the Bank of the West Classic tournament.

The film has the blessing of the Williams sisters and could be seen as one version of the truth – was Williams’ ambition to make money for her daughters or to create a path for countless women of color? Underdog sports stories are always exciting and tennis is the best eye candy. King Richard is up for six Oscars, including Best Picture, Actor (It’s Hard to See Smith for Williams), Supporting Actress (Aunjanue Ellis), Original Screenplay, Editing and Original Song.

While it’s depressing that the Phogat and Williams sisters needed a man to lift them out of Balali and Compton respectively to meet their fate, it’s nonetheless heartwarming to see the triumph of the human spirit.