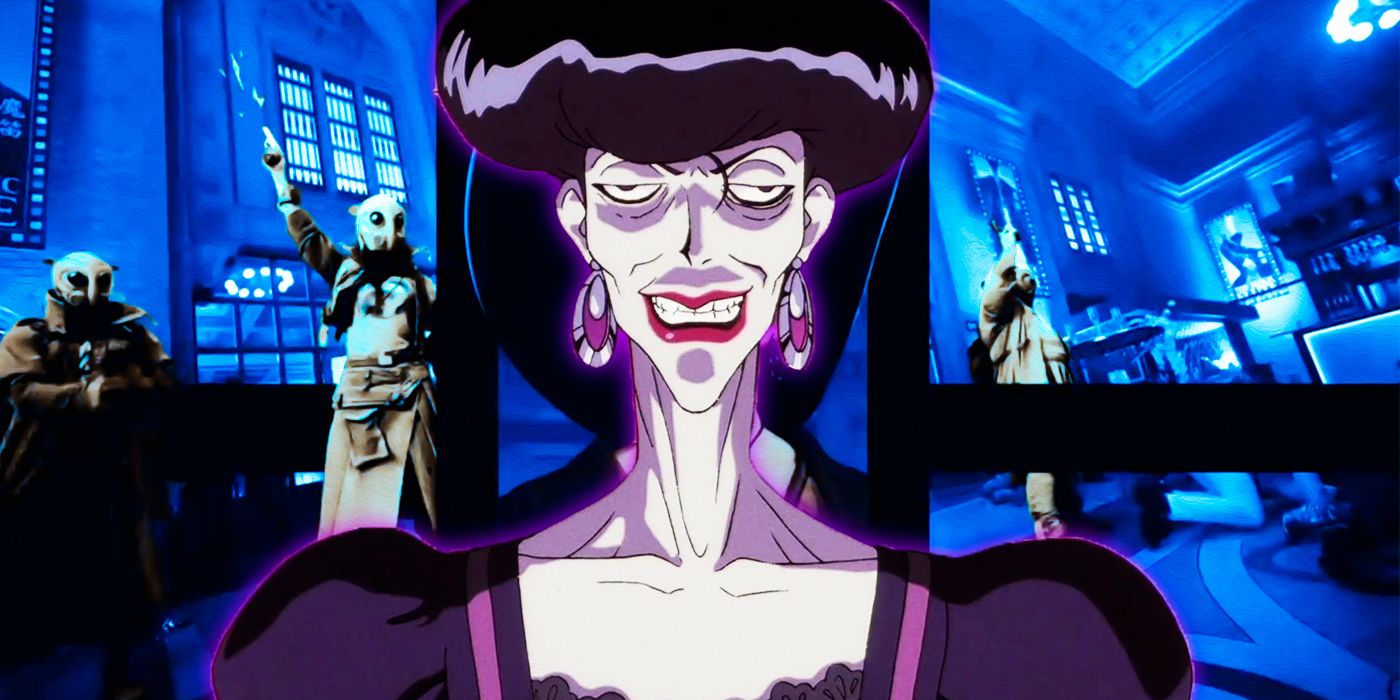 The Space Warriors in the Cowboy Bebop anime are eco-terrorists, but the live-action Netflix series reinvents them as less threatening villains.

In the original version Cowboy Bebop anime, the Space Warriors appear in “Gateway Shuffle”, the fourth episode of the series, as a group of eco-terrorists led by Twinkle Maria Murdock who aims to protect endangered species like the Ganymede searat from greed and of corporate consumption. In order to pressure the governments of the solar system to comply with their demands, the Space Warriors use murder and genocide as tactics to spur them to take immediate action. And as part of their mission statement, the Space Warriors also oppose capitalism and actively sabotage corporate plans through violent means.

In the live adaptation of Cowboy Bebop, the Space Warriors also appear in the fourth episode of the series, “Callisto Soul”. In the new show, it is still eco-terrorists who commit murders and genocides to achieve their goals and directly threaten CEOs of large companies and are led by Maria Murdock. But while the core concept of the Space Warriors has remained consistent between the anime adaptation and the live-action adaptation, there are significant differences in how they are portrayed.

One major difference that is immediately noticed is that the live-action Space Warriors are much less proficient at their terrorism than their anime counterparts. While the original anime’s Space Warriors are more strategic in their planning and more successful in their execution, their live-action counterparts fail in both areas. Part of the reason is that most of the planning and execution is left to Maria Murdock herself, as she is the only person smart enough to think through every detail of a plan, including possible failures.

The other reason the Space Warriors don’t execute their plans successfully is that Murdock doesn’t recruit followers who can think outside the box like she does. This is a major change from the anime, where the Space Warriors were perfectly capable of planning and executing their own plans without the help of their leader. This is how they were able to get their leader back after the latter was captured by bounty hunters Spike Spiegel and Jet Black in the anime. But in the live-action series, they are unable to execute any of Murdock’s carefully crafted plans without awkwardly botching them.

RELATED: Cowboy Bebop: Where You Know Every Main Actor From

One last thing that differs between the anime and the live-action series is the motivations and tactics that the Space Warriors use to force the governments of the solar system to comply with their demands. In the original anime, the Space Warriors want to protect Ganymede’s sea rat from extinction by forcing Ganymede’s government to ban sea rat hunting. They achieve this by developing a virus that acts on the two percent difference between humans and other primates, causing humans to behave like apes. The only way to stop them is to close the hypergate the Space Warriors travel in so that their virus never reaches Ganymede when they launch it.

In the live-action series, however, the motives of the Space Warriors shift from protecting sea rat Ganymede from extinction to preventing Callisto from further terraforming. They achieve this by modifying the pollen used to terraform parts of Callisto to turn humans into trees. Pollen works by altering human DNA to take on properties closer to the tree, effectively killing the human in the process. And while the efforts of Jet Black, Spike Spiegel, and Faye Valentine contribute to their downfall, their own incompetence is primarily to blame for their failures.

To see the Space Warriors live, all 10 episodes of Cowboy Bebop are currently streaming on Netflix.

Doctor Who: Every Live Incarnation of the Master, Ranked

Diane Darcy is a CBR reporter with a background in psychology. She is also a graphic designer and podcaster. As a big fan of anime, manga, comics, film and television, Diane has created several blogs and fan websites over the years. His most popular blog is the Helena Wayne huntress Blog. Diane has also contributed to publications for WWAC, Comics Bookcase and Shelfdust. Diane is also a regular podcaster on DC Comics and Doctor Who for the Wright On Network. Diane can be followed on Twitter at @HelenaWayneBlog and Instagram at @dianedarcywriter