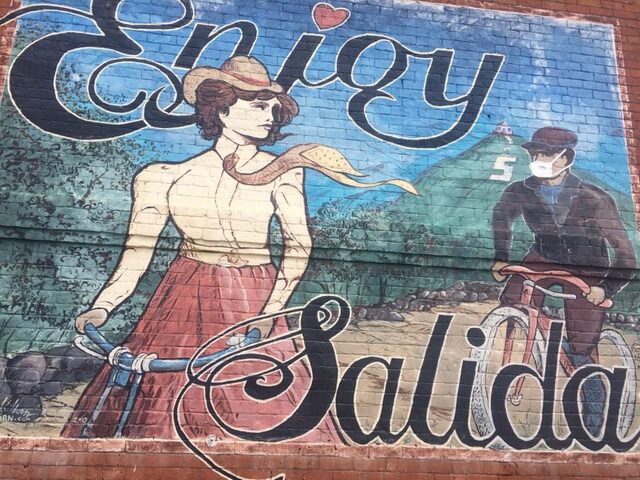 A new bill, titled “Supporting Local News” (HB 22-1121) has changed dramatically since its introduction to the Colorado Legislature last month. Although it has won the approval of a legislative affairs committee, it appears that it no longer appears to directly benefit news outlets.

The mural on the wall of the Twitchell Building on First and F Streets is loved by visitors and residents. AVV has an office on the second floor of the building. AVV file photo

The fact that it was introduced is a testament to the extremely difficult years experienced by small local and regional news organizations throughout the state; with print already shifting to digital formats, it has been hit by pandemic realities that have reduced advertising revenue, and subscriptions and newsgroup donations have declined.

According to the bill’s sponsor, Democratic Rep. Lisa Cutter, Colorado, of Littleton lost 33 newspapers between 2004 and 2019, and the number of reporters here has nearly halved in recent years. She said 81% of Coloradans read a local print or digital newspaper each month. She pointed out that 83% of newspaper readers are under the age of 65.

The original version of the bill had a broad mandate focused on supporting local news: It required all agencies and departments in Colorado to spend at least half of their advertising budgets with local news outlets.

Another feature created an income tax credit of up to $250 for people who subscribe to local newspapers or donate to local nonprofit news sources.

Given that one of the main directives of local news is to hold government accountable to its citizens, this was an extremely brave bill to sponsor, as government is not always as transparent as it could be. to be.

But this week, when the bill was passed by a works council, the legislation was more of a ‘Scrooge’ than a ‘bill’: lawmakers had slashed it in a process that could be mistaken for the way hedge fund owners of news organizations have cut staff in newsrooms. Now, the bill may or may not benefit small newsrooms.

The current version would provide a 50% tax credit for small businesses that advertise in local media, capped at $2,500. So newsrooms can get income, but no tax benefits, even though most of them (us) are also small businesses.

Colorado journalists and small newsrooms, as well as the Colorado Media Project (to which Voice of the Valley of the Ark is online) mostly choose to stay positive. According to Cory Hutchins, who writes a monthly newsletter on behind-the-scenes journalism and listened to Thursday’s three-hour hearing, there were some interesting comments from lawmakers about hedge fund-owned news organizations versus to truly local and independent organizations. news organizations.

“We’re looking at hedge funds,” said Democrat Kyle Mullica, who voted for the bill, “and we’re looking at wealthy entities that would reap the rewards.” (The Denver post and about a dozen other Colorado newspapers are financially controlled by a hedge fund, which has emptied its newsrooms. 9News in Denver was recently bought by private equity firms, and a billionaire owns The Gazette in Colorado Springs and Denver with Colorado Politics.)

Mullica said he was concerned that this bill intended to help small independent newsrooms could end up benefiting entities that may not particularly deserve it.

Cutter said it would be difficult to exempt some local news organizations from the bill, adding that only about 15% of newspapers in Colorado are controlled by hedge funds. She gave no figures for all-digital news outlets.

The legislative panel voted eight to three, with two excused and others abstaining, to push the bill out of the panel. HB22-1121 will now go to another committee for further debate. Until it actually gets sent to the finance committee, which would allocate the funds, it’s an idea that awaits real support.