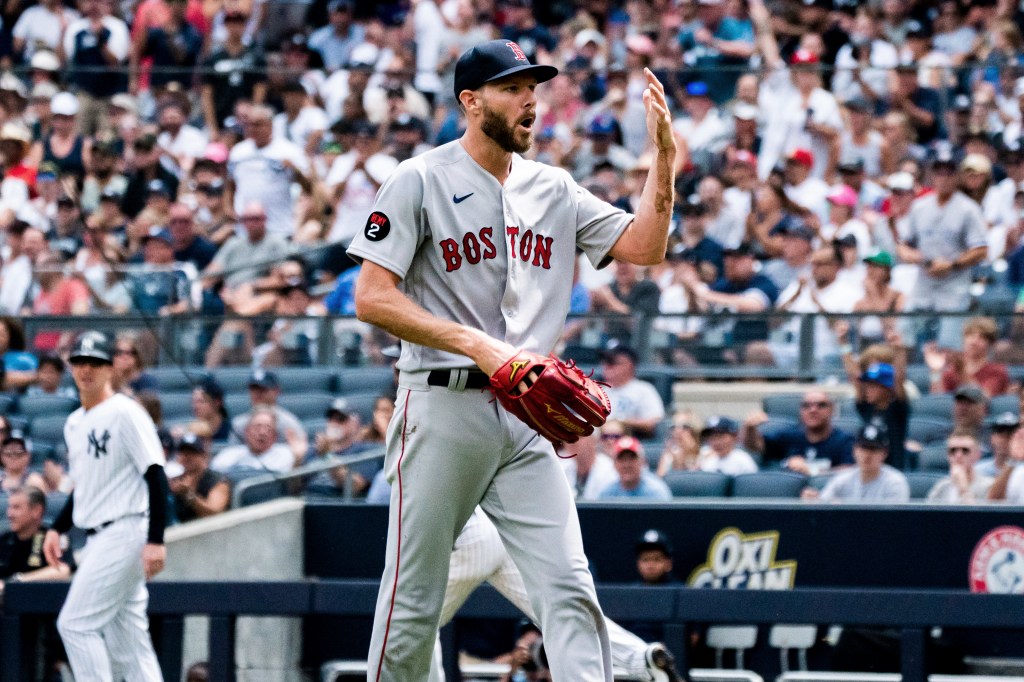 Will Chris Sale return to the Red Sox this season? It’s still not clear.

Five days after Sale fractured his left pinkie in New York, the Red Sox returned from the all-star break on Friday without some answers about when the pitcher will be back, if at all. Sale underwent surgery – “open reduction and internal fixation” of the fractured finger – on Monday at Wellesley, which was successful, and was placed on the 15-day injured list on Friday. How long will he be away?

“To be honest with you, I have no idea,” Red Sox manager Alex Cora said.

“He had surgery,” added Cora. “I will know more in the week.”

Sale was making his second start of the season last Sunday after returning from a stress fracture in his right rib cage that kept him out for the first three months.

After suffering the injury on Sunday, Sale seemed to expect to pitch again this season, estimating it would take 4-6 weeks to move and pitch again. Cora recounted an injury similar to that suffered by Christian Vazquez in 2018, when he fractured his right little finger. He was back in less than two months.

“But obviously it’s different, right?” Cora said. “He’s a pitcher. So we’ll see. I hope he can come back with us, dominate and help us achieve what we are trying to achieve.

Cora seemed very encouraged by Rich Hill’s progress after pitching a mock three-inning game on Friday as the southpaw returns from a sprained knee he suffered three weeks ago. He’s slated for a bullpen on Sunday and might need a little bit of rehab before he returns, which doesn’t seem too far off.

With Hill and Michael Wacha — kicking off a bullpen on Saturday and then a simulation game on Monday — the Red Sox’s starting reinforcements appear to be on the way. Meanwhile, they start two rookies against the Blue Jays this weekend, with Kutter Crawford on Saturday and Brayan Bello likely to make his third career start in Sunday’s series finale.

Nick Pivetta will kick off Monday’s opener against the Guardians. The right-hander has struggled to enter the All-Star break with a 13.50 ERA in his last three starts — one against the Rays and two with the Yankees — and Cora wanted to give him an extra day.

“For a while there, he was our every five day guy, and he was the only one doing that,” Cora said. “I don’t mean he hit the wall. There are a few things I noticed, especially the last few games, that we could improve. But at the same time, yeah, he needed a break, so we decided to push him to Monday. So, I hope this helps.

JD Martinez was eliminated late from Friday’s lineup due to back spasms, which appeared occasionally throughout his time with the Red Sox. He was last scratched from a roster due to back spasms in a May 22 game against the A’s.

Martinez’s removal from the lineup came after batting practice, about an hour before the first pitch. Rob Refsnyder took his place as designated hitter.

Several of David Ortiz’s former teammates are making the trip to Cooperstown this weekend for his Hall of Fame induction on Sunday, including Jason Varitek. Varitek is the Red Sox’s game planning coordinator and needed a helping hand from Cora to attend the festivities.

“He struggled a bit, but I was like no bro, you gotta go,” Cora said. “I think he’s obviously the captain, he means a lot to David and the teams David has played here. … From my side, I’m good with that.

Cora said he believed Dustin Pedroia, Kevin Youkilis and Johnny Damon were heading to Cooperstown for Ortiz among others.

Trevor Story (right hand contusion) followed the pitches on Friday, but hasn’t taken any swings yet, so his exact return isn’t certain. … Kiké Hernández (hip) has started training in the weight room and has been feeling better since receiving a PRP injection in his hip. “I don’t know how long it’s going to be, but it’s moving,” Cora said. … Matt Barnes (shoulder) was due to make an appearance in rehab with Worcester on Friday. … Triston Casas returned to the Worcester roster on Friday after missing more than two months with an ankle injury. … Yolmer Sanchez has been recalled from Worcester, with Connor Wong an option to return to Triple-A. The Red Sox’ roster of 40 players is now at 40, but they’ll have to make a move when Josh Winckowski returns from the COVID-19 injured roster.