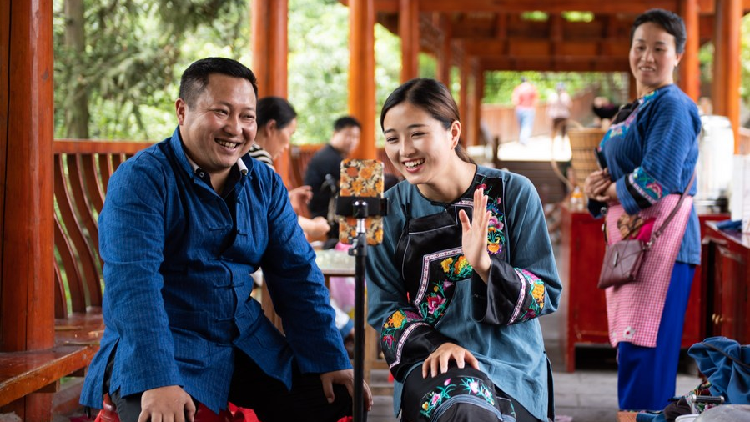 Editor’s Note: Alexander Ayertey Odonkor is an economic consultant, chartered financial analyst and chartered economist with a deep understanding of the economic landscape of countries in Asia and Africa. The article reflects the views of the author and not necessarily those of CGTN.

In all regions of the world, developed and developing countries are currently focused on achieving the 17 United Nations Sustainable Development Goals (SDGs), an achievement that will bring peace and prosperity to people from all walks of life and protect the Earth, now and in the future.

In fact, the complexity of this trajectory paints a startling picture of how poverty eradication is central to the achievement of several other UN SDGs. exceptional record in recent years.

According to World Bank data, China lifted more than 800 million people out of poverty, the highest number in human history. Although it may seem like a miracle, China has been able to do it. How was this feat accomplished in the span of four decades?

To explain this remarkable achievement, it’s important to remember when China first opened up its economy. After its economic reforms in 1978, China has since recorded an average growth of its gross domestic product (GDP) of 10% per year. significantly, a laudable achievement of the Chinese government, which has made human-centered development its ultimate goal. However, it should be noted that China’s success in eradicating poverty not only benefits the country’s citizens, but the region and the world as a whole reap all the essential rewards.

To verify China’s contribution to poverty reduction regionally and globally, I looked at data from reliable sources. According to the World Bank, between 1990 and 2015, global poverty declined on average by one percentage point per year. Most of this progress over the 25-year period was recorded in East Asia and the Pacific, where China’s booming economy has helped millions escape extreme poverty. – the poverty rate in this region fell from 62% in 1990 to less than 3%. in 2015. Clearly, without China’s rapid economic growth, which had dramatically reduced absolute poverty, this progress could not have been made in the region.

In addition, at a troubling time when the COVID-19 pandemic is restricting economic activity around the world and reversing hard-won progress in reducing global poverty, China, which is the only major economy to experience a significant economic growth in 2020, was also able to complete the final stage of the country’s poverty eradication goal by lifting the 98.9 million poor rural residents out of poverty in the same year.

A total of 128,000 villages and 832 impoverished counties have escaped extreme poverty. By eradicating abject poverty, China has reached the UN SDG target of “no poverty” 10 years ahead of schedule. Between 1978 and 2020, China alone contributed more than 70% of global poverty reduction, an outstanding performance that deserves praise and should inspire the rest of the world to fight poverty.

However, despite China’s triumph in eradicating poverty, extreme poverty is still prevalent around the world. Poverty incidence skyrockets as the disruptive impact of the COVID-19 pandemic deepens inequalities, weakening access to education, health care and markets for poor and low-income households – a challenge which could be solved with efficient infrastructures which are unfortunately largely non-existent in most countries.

This problem could be effectively addressed by investing adequately to develop urban and rural infrastructure. Investments in urban and rural infrastructure could accelerate productivity in both agricultural and non-agricultural industries, creating additional employment opportunities that will foster shared prosperity while increasing the incomes and consumption of poor and low-income households.

Although this strategy is effective, not all countries have the funds to develop infrastructure to reduce poverty, improve access to opportunities for the poor and reduce inequalities. This is proof enough that some countries will need unwavering support before they can achieve this goal.

Recognizing that alleviating global poverty requires concerted efforts by all developed and developing countries, China has not limited its commitments to its citizens. Understanding that effective global poverty reduction can only be achieved through inclusive economic growth, China is making significant efforts to accelerate global economic growth through the Belt and Road Initiative (BRI ).

In 2013, Chinese President Xi Jinping proposed the BRI, an infrastructure development project that will improve connectivity and cooperation on a transcontinental scale. According to the World Bank, the BRI, which fills infrastructure gaps by building railways, airports, roads, industrial parks, pipelines, real estate, dams and creating soft infrastructure that includes agreements free trade and investment, tends to propel economic growth, as it will increase world trade between 1.7 percent and 6.2 percent and increase real world income from 0.7 percent to 2, 9 percent when fully completed. With these gains, the BIS will dramatically reduce poverty around the world.

This calls for all to support China’s efforts to accelerate global economic growth, which could eradicate global poverty, improve access to education, health care and opportunities for the poor and underprivileged. income and reduce inequalities, recognizing that this action is a service to humanity.