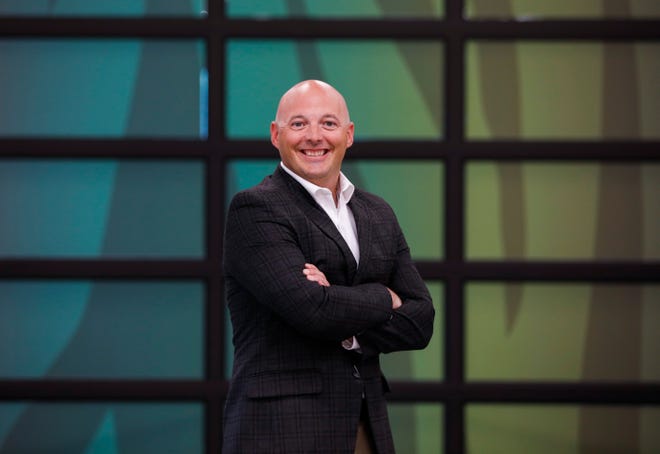 Building trust and ‘one team’ is goal of new Willard superintendent

“I listen more than I speak,” he said.

Wilken said when he speaks, his priority is to be honest and speak from his heart.

“I like to laugh. I like to have fun. I think if you have fun at work, you’re a better employee,” he said. “I don’t like doing anything about myself. Nothing concerns me. I like working as a team.”

Wilken officially assumed his new role this week, a year after joining the district as assistant superintendent of operations.

Willard, like many districts in Missouri, will face significant challenges in the future as it seeks to hire and retain enough qualified teachers and staff, improve student discipline, and maintain a financial footing. solid after federal COVID-19 aid dried up.

Wilken said the district can achieve these goals, and more, if the administrative team, school board, families, teachers and support staff communicate and pull in the same direction.

“We have to operate as one team,” he said.

To do this, Wilken said he would work to build trust and relationships.

Wilken said focusing on academic success remains a primary goal, but he has other areas he plans to highlight this year, including:

Applying for a job: “I just prayed over it”

A year ago Wilken was hired by the then Superintendent Matt Teeter, who had held the position since 2017.

“I love southwest Missouri. I love Springfield. I have family around Springfield,” he said. “There were two or three districts where my wife and I thought, ‘Man, they’d be great for working and great for raising a family,’ and Willard was one of them.”

In December, when most superintendents begin their annual review, Teeter abruptly announced his intention to step down, effective June 30.

Wilken was asked if he plans to apply. He wasn’t sure at first.

“I just prayed over it and thought about it over the Christmas holidays and came to the conclusion, hey, I’m going to put my name in the hat,” he said.

The school board selected Wilken from among 17 applicants. In the interview, he talked about building teamwork, relationships and trust.

Wilken is not new to the role of superintendent.

He spent 11 years as a district leader in Weaubleau — where he previously served as an elementary principal and athletic director — before moving to Willard.

Wilken began his career teaching middle school mathematics at the School of the Osage.

His wife Julie, a registered nurse, teaches at SBU. They have three children: Cooper is an elderly person; Callie is a seventh grader; and Camden is a fourth-grader.

“Do what is best for the children”

Wilken grew up in Aurora and Skyline, where her mother was a teacher and her father a superintendent.

He said his father “knew about being part of the community” and working with others.

“He had a knack for getting along with people and I really think that’s lacking in today’s world,” he said. “A lot of times when people disagree, they think they shouldn’t like each other.”

Wilken said he learned, among other things, that when two people disagree, they should talk it out in person. “One-on-one is the best way to disagree and (always) leave the room on the same page.”

Her father, Ron Wilken, recently worked as an area supervisor for the Missouri Department of Elementary and Secondary Education.

“We come from a family of education,” said Ron Wilken. When asked what advice he gave his son, he replied, “I just told him to be himself and always do what was best for the kids.”

“I’m certainly proud of him. He’s a people person,” Ron Wilken said. “He gets along well with teachers and administrators, but also with the public, parents, grandfathers and grandmothers.”

Ron Wilken said his son had “always been extremely conscientious”.

“He really doesn’t do anything halfway and he’s been like that since he was five,” he said. “He was just extremely calm, conscientious and wanted to get things done right, regardless of whether he was in school studying or playing basketball or baseball.”

Eric Wilken said Willard is a strong community and the schools are good, but that doesn’t mean they are without challenges.

The Northwestern District of Greene County has struggled to fill all of its jobs, a challenge many others face.

“We need bus drivers. We need guards. We need paras,” he said. “There are a few certified positions that we are still looking for.”

He said the board had just approved a “significant market adjustment” to improve wages. It includes a 3% increase in the cost of living plus a “staggered” increase — built-in increases for experience or education level — that pushed the entry-level teacher’s salary to $40,180.

In April, voters approved a $29.5 million bond for secure entrances, tornado safe rooms and expanded classrooms. This was a “no tax increase” bond, meaning the district will extend its current debt but the property tax rate will not increase.

Wilken and his team will be busy managing projects in six buildings, including:

Extra Attention on Middle School Behavior After an Assault

In May, a student from Willard Middle School was injured in an assault. The incident sparked a social media storm, with parents alleging there had been an increase in discipline and incidents of bullying.

Wilken said the district is focused on college and steps have been taken to improve in the coming year.

“Middle school behaviors have been impacted more by COVID across the country than any other age group,” he said.

Wilken said the district is committed to communicating with its parents and staff and addressing concerns as they arise.

He said the SUCCESS Intervention Program, which provides additional support for students at risk due to academic or behavioral issues, will once again be available on-site at the college.

“We have it at the secondary level,” he said. “I believe we had that at the college level, about five years ago, so we’re just bringing it back.”

There will be staff dedicated to the program, which will be divided into two classrooms. Students will be referred by teachers, the principal or a counsellor.

“We hired two staff members and then we also hired a behavioral interventionist,” he said.