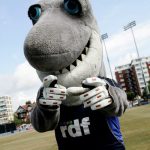 Matt Montgomery hit 87 and Liam Patterson-White a career-high 62 to help the Notts Outlaws kick off their Royal London Cup campaign with a 65-point win over Sussex Sharks at Trent Bridge.

Despite a rough start, the Outlaws posted 290 for seven of their 50 overs after left-arm spinner Patterson-White hit three sixes in his 46-ball drive, which comfortably beat his highest score of 27 in its first season in 2021.

Patterson-White then combined with bowler Dane Paterson to silence Sussex’s most dangerous weapon, taking a superb square-legged catch to knock out Indian batting star Cheteshwar Pujara for just nine as Sussex were knocked out for 225 from 44 overs, with Tom Alsop’s 75 from 80 balls to no avail, Brett Hutton taking three for 24.

Montgomery’s best for Nottinghamshire before this game was 35 on his competitive debut last season, despite having an A-list century for KwaZulu-Natal in his native South Africa.

The Outlaws appeared to be in for a tough day after Haseeb Hameed, who was leading them for the first time in a competitive game, opted to strike on a cloudy morning, when a sluggish start saw them slip to 38 for three at the inside the first 12 overs. .

New pitchers Ari Karvelas and Brad Currie – both on trial with Sussex – exploited the conditions superbly. Karvelas found a thin edge for Ben Slater to get caught behind before Sol Budinger outclassed a takedown attempt from Currie and was caught square leg deep.

When Sean Hunt replaced Currie at the end of the clubhouse, he hit the Outlaws a new shot as the ball went from the shoulder of Hameed’s bat to the spot, where Delray Rawlins held a low hold that was questioned by the Outlaws skipper but confirmed as eliminated.

Montgomery and Lyndon James added 79 in just under 15 overs before the latter’s ill-timed draw was caught at midwicket court. But Montgomery fired 18-year-old Archie Lenham for six to make it 51 on 58 balls.

Wicketkeeper Dane Schadendorf was exhausted but the Outlaws now had momentum and, with Patterson-White setting the pace, the final 10 overs saw the tally rise to 104 runs despite losing Montgomery early in the charge .

After playing largely unorthodox shots up to this point, Montgomery attempted a reverse draw as Currie came back on the attack and could only help the ball into the gloves of wicketkeeper Alsop.

His dismissal was a welcome boost for the Sharks, but the Outlaws fought back with a six-barrage, Hutton batting three in his 14-ball 29 as he and Patterson-White added 53 from 29 for the sixth wicket .

Needing to score at just under six, Sussex’s chase went on a flyer as Harrison Ward hammered in 18 on Zak Chappell’s opener. But he was sidelined on the front leg by Dane Paterson for 28 after Ali Orr was pinned in front by Hutton in the previous one – and Pujara’s loss in the 10th looked like a life-threatening injury.

Tom Clark was puzzled as he ran down the field to Patterson-White and Rawlins dropped his front leg to Chappell, at which point Sussex had 73 for five in the 19th.

Alsop raised the Sharks’ hopes of finding a way back but, after he and Ibrahim (40) added 86 for the sixth wicket, he took one too many liberties with Chappell, hitting him for six and four but then tricked a slow bouncer only to be caught halfway.

Ibrahim was seventh, shooting straight to the deep back square, Karvelas picked off Chappell midway and Fateh Singh, the 18-year-old left-arm spinner, finished things off with his first List A wickets as Hunt and Currie were both leg forward swinging across the line.

Ollie Robinson, named in the England squad for the first two Tests against South Africa just before lunch, was due to feature but was pulled out.

The explanation given was that he needed more time to recover after his successful return to this field at the LV= Insurance County Championship last week.

Liam Patterson-White of the Notts Outlaws said: “We were close to entering the knockout stages of this competition last year so we all think we have something to prove for this year’s tournament and it is important to get off to a good start.

“The way Monty (Matt Montgomery) played after a tough start to the set was excellent. He pretty much rebuilt the innings on his own and everyone hit around him, but thanks to all the batters for putting in a shift today to get us over the line.

“From my perspective, it was good to find some form at the start of the competition – and hopefully I can move on.

“And, of course, I was happy with the hold that brought Pujara out. As a team, you’re always looking at the opposing players’ strengths and where they’re scoring – so it was always the plan to have someone right in front of the box for that leg shot. He hit it pretty well but I saw it all the way and it just stuck.

Sussex head coach Ian Salisbury said: “We are bitterly disappointed. We bowled well. We had the best conditions. They probably scored 25 more points than we wanted, but the playing field flattened out but we were 73 for five.

“I don’t know if we were hesitant or what but it’s not often you come to Trent Bridge and get the chance to chase less than 300 on a good throw so not to knock them down is very disappointing .

“It’s about taking responsibility. If a few players had hit as they do in four day cricket, if they score fast enough they will get the runs.

“Tom Alsop and Danny Ibrahim showed what could be done on this court, but you’re not chasing 290 if you’re 73 out of five, even on a court where he doesn’t swing, bend or turn.

“Ollie (Robinson) traveled with the intention of playing, but the game here last week cost him a lot, he had to do more overs in the second set than we would have liked, and he felt this morning that he was ‘I’m totally ready to give 100% today.

How do we overcome the Covid challenge of commercial lending to SMEs?