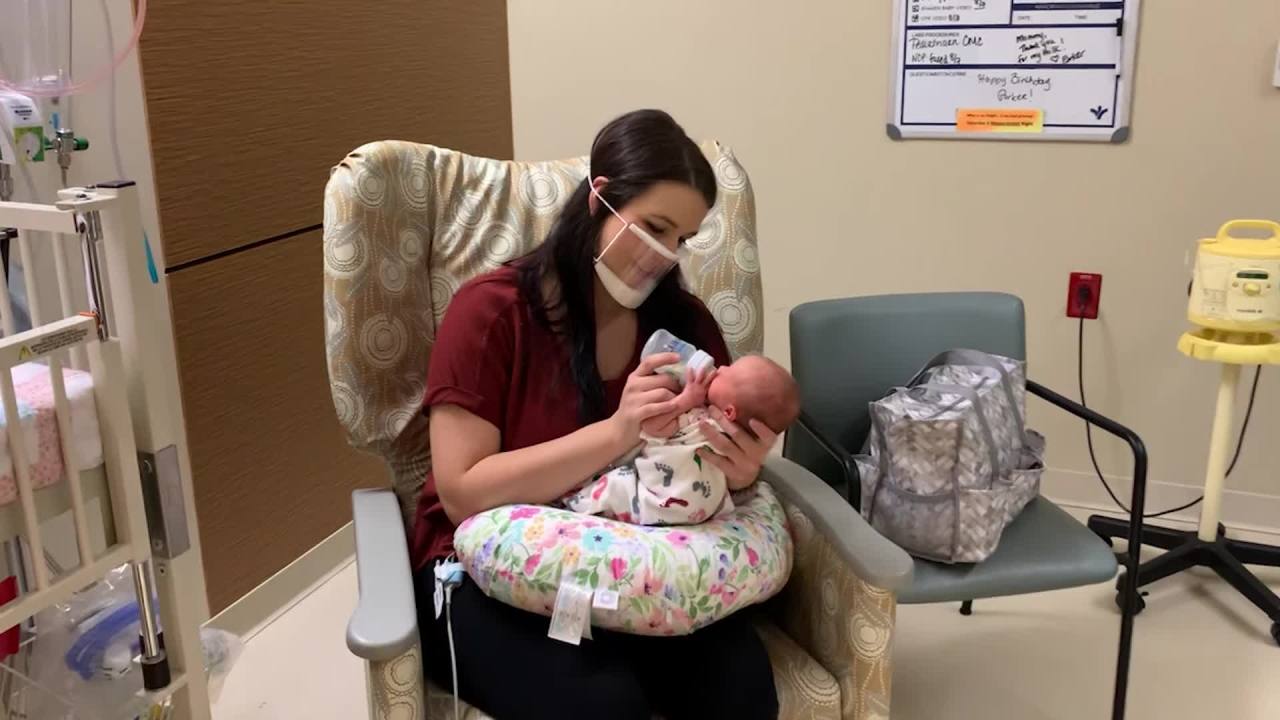 Greenville, SC (WSPA) – The American Academy of Pediatrics recommends that infants be exclusively breastfed for the first 6 months or so.

But, sixty percent of mothers do not breastfeed as long as they wanted.

As part of our â€œAsk the Expertâ€ series, in partnership with Bon Secours St. Francis Health, Taylor Murray of 7 News spoke with a neonatologist and a nursing mother to overcome feeding challenges. of a baby in the NICU.

For mothers with babies in the NICU, this recommendation from the American Academy of Pediatrics to exclusively breastfeed your baby for the first 6 months can be difficult.

â€œI had a lot of anxiety about actually breastfeeding, instead of just bottle feeding with breast milk. “

Brittany Phillip’s baby, Parker, was born early at 34 weeks and spent 18 days in the NICU. Like many mothers of premature babies, breastfeeding caused anxiety for Phillips who worried about whether the baby would gain enough weight.

â€œI wasn’t sure exactly how much milk she was getting,â€ Phillips said.

Much medical research shows that the benefits of breast milk during infancy can extend into later life. Neonatologist Dr. Sue Miller says it is the safest and most nutritious method of feeding babies.

â€œBreast milk offers a lot on the part of mom. Antibodies, hormones, all kinds of factors that help mom pass her immunity to the baby against infections. “

Often babies in the NICU have difficulty latching on, are too small, or have other health complications that make breastfeeding difficult for them and their moms.

â€œMom is tired, she wakes up every few hours and adds the stress of being in the NICU and that makes everything so much more complicated,â€ Dr. Miller said.

The solution that helped Phillips with the feedings – the pumping. This is the answer for most moms with babies in the NICU.

â€œI’ve been content to strictly pump for now while she is still growing. She still only weighs five pounds, â€Phillips said.

For weeks, most mothers in the NICU have to pump every 3 hours, 24 hours a day. A huge commitment, but full of vital baby benefits.

Dr Miller says babies, whether in the NICU or not, who are breast-fed have fewer allergies, lower rates of childhood obesity, and lower risk of type 2 diabetes and childhood leukemia.

For more information on the benefits of breastfeeding, click here.

For help or to learn more about the benefits of breastfeeding, call 864 675-4215 to speak with a Bon Secours lactation consultant. The telephone line is covered Monday to Friday, 8:30 a.m. to 5:30 p.m. It is open to any mother with questions about breastfeeding, even if the baby was not born in a Bon Secours establishment.

To submit a health topic for our Ask the Expert series, click here.