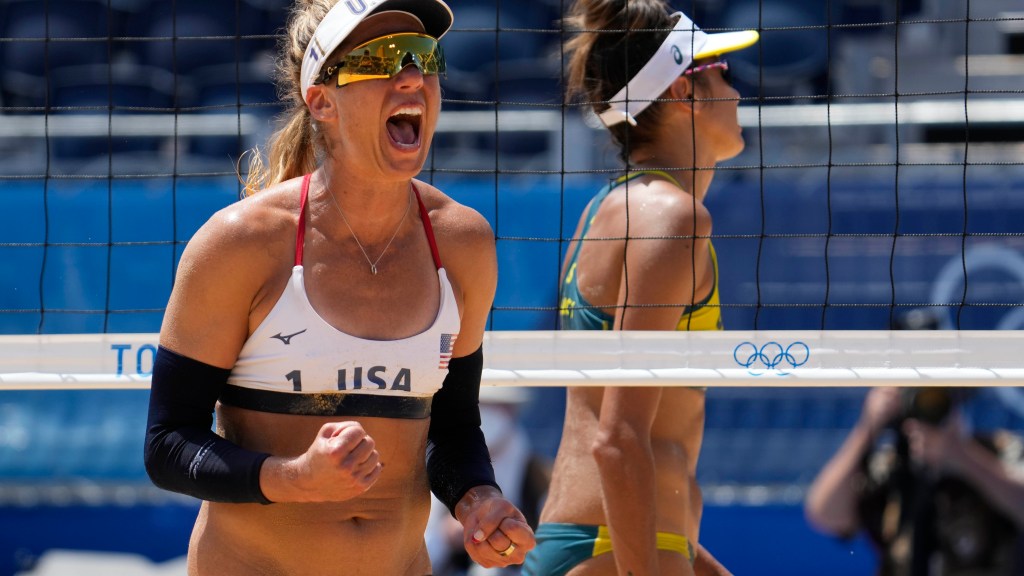 USC’s April Ross, who we featured before the start of the Tokyo Olympics, won a medal in London in 2012 and Rio in 2016â€¦ but not a gold medal. She had one more chance in Japan, and she made it count.

Ross, teamed up with Alix Klineman, marked the crowning glory of his career by winning the Olympic beach volleyball championship on Friday. Ross and Klineman beat Australia in the gold medal match to reach the peak of their aspirations.

USA TODAY Sports shared how the loss of her mother to cancer plunged April Ross into a naturally deep and dark ocean of grief, and how her whole life balance was turned upside down. Ross came to a crossroads where she had to find a way out of her misery and find a way to make sense of her pain. Over time, that’s what she didâ€¦ and this moment with Klineman represents the fruit of her perseverance. It is the triumph of the human spirit that – even in an Olympics beset by the complications of COVID-19 and played out in arenas and stadiums without fans – makes the Olympics the powerful and memorable sporting event they are.

USC won the NCAA Women’s National Beach Volleyball Championship earlier this year, beating UCLA. Southern California is the beach volleyball capital of the world, and the United States has been the Olympic juggernaut for beach volleyball. It’s as if the natural order of life has been restoredâ€¦ which in many ways characterizes April Ross’s journey from grief and devastation to inspiration and wholeness.

Congratulations to April Ross and Alix Klineman on their Olympic championship.