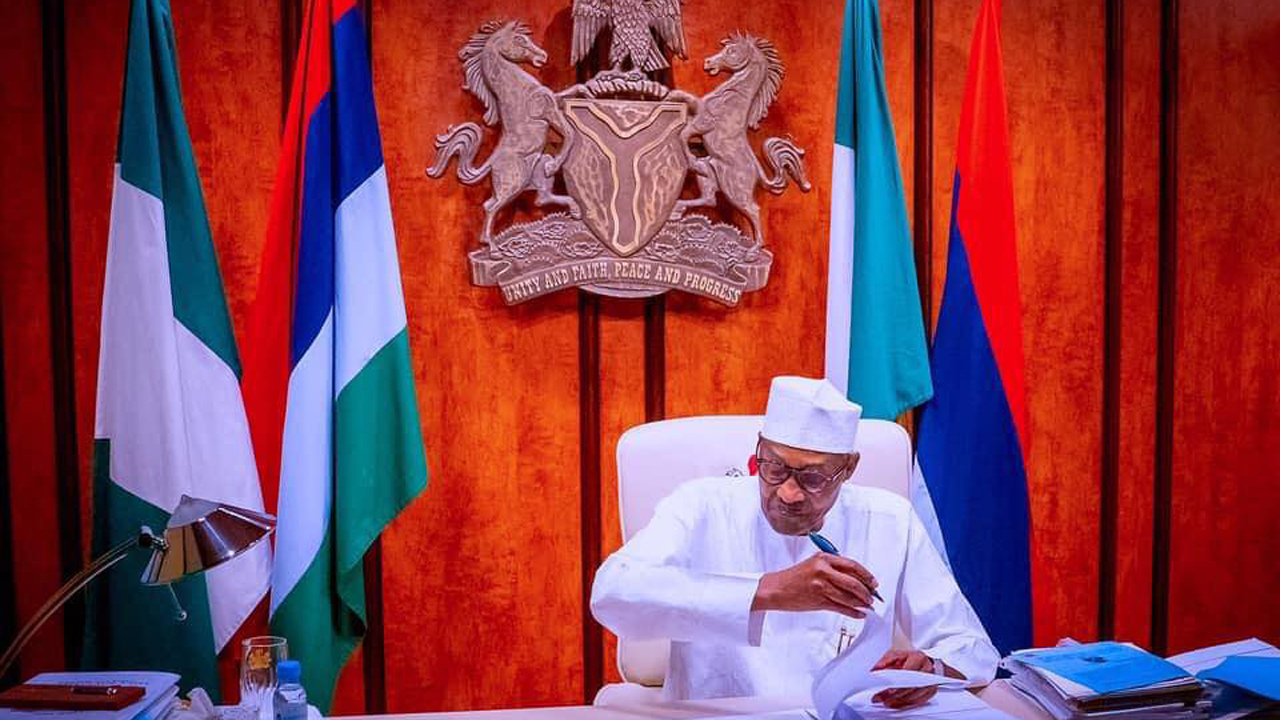 Again, the triumph of selfish politics | The Guardian Nigeria News

The wise knew that it would come to these: that the electoral bill sent to President Muhammadu Buhari for his assent on which he sat for 30 days, would fall once again; that the president who presented himself to the electorate as the only Nigerian capable of cleaning up the mess in all areas of our national life, would once again be persuaded by his henchmen to refuse to meet the critical challenges of democratic leadership and state spirit and thus breathe the chance to be the authentic agent of change that he has promised in his many forays into our national politics.

The bill raised hopes in all of us because it represented a fair attempt to pull our nation out of the swamp where we walk in one place. The truth is, we cannot do our democracy well until we do our electoral system well. Sadly, hopes are now shattered on the rocks of a half-hearted commitment by our political leaders to a truly electorate-instituted government. Democracy rests on the solid anchoring of a transparent electoral system guided by laws made for the good governance of the regime and not on the whims and whims of political leaders. A good law is not one that pleases the president; it is the law that makes a better country by strengthening good governance; it is the law which strengthens the institutions of democracy; it is the law which treats as sacred the will of the people to be governed by the laws made by their representatives in parliament.

Buhari did not disappoint the nation. He rejected the bill, citing the very old-fashioned reasons he had given previously for suppressing earlier bills. And Bill must now be buried in the cemetery where we routinely bury our national aspirations for a great nation. Despite the dull thud of chest thrusts from some of our national lawmakers that if the President refused his assent the Senate would override his veto, we knew that would not happen. The President’s men know that it is ingratitude that the dog bites the fingers that feed it. Herein lies our tragedy as a nation and as a people eager to catch up with positive developments in other parts of the world. Ours remains the government of men, not of laws.

As the President hesitated over the bill, I published the article below, titled Give Us the Promised Change, Mr President, in the Daily Trust on December 19, urging him not to let himself be persuade by his henchmen and go against wishes. people. I reproduce it here to show that by vetoing the bill, Buhari has done as much damage to our expectations as to his place in our national history:

“As the presidential candidate of his political party, the ANPP, General, and now President Buhari has promised us change. Right now. Change is fundamental in all human societies. Without it, no nation or community can make real progress. The change is either a minor shock or a major shock for the system to effect a drastic change from what is to what should be in line with the course of human progress and development.

“The amendments to the electoral law before him offer the president a golden opportunity to make fundamental changes in our national policy and to leave a legacy of which he can rightly be proud. He must resist lobbyists who fear that their political interests will not be served by the amendments to the law. The protection of self-interest is not illegal. The same lobbyists killed the report of the electoral reform committee appointed by the late President Umaru Yar’Adua. If he had been allowed to implement the reforms recommended by the committee, he would have put our electoral system and the elections on a higher pedestal and our country would have done much better. Reform of the electoral system has cried to heaven ever since Adam ate the forbidden fruit.

“Buhari is also no novice when it comes to the issues that hamper the conduct of our elections. Free and fair elections are the key to a true democracy. In his manifesto, The Buhari Program 2007, Buhari made this point. He noted that “a true democracy cannot exist without a system in place that guarantees free and fair elections. Democracy cannot survive if its operators refuse to play by the rules and if the authorities continually conspire to overthrow the system. “

“This is the umpteenth amended bill submitted for the approval of the president to replace what should be with what is. He rejected the former, most likely under pressure and because he feared assent to the bills would affect his political interests. He must not procrastinate this time. Time is not on its side for a man who rose to the country’s highest political office by selling his candidacy to the electorate as a true agent of change.

“While we haven’t seen much of this in a positive direction in other sectors of our national economy in the past few years under his leadership, we must see it in the radical change in the way we conduct our business. elections with the bill in front of him. The first point to note, of course, is that a faulty electoral system cannot produce free and fair elections. A faulty electoral system is the source of electoral rigging that subverts the will of the electorate. Such a system helps rig elections long before they are held.

“The current amendments to the bill before it are consistent with what is happening in other countries. This country cannot cling to the millstone of the past and hope to make the leap with other nations. It is time for change, real change, in the way we place men and women in high elected office. Our nation cannot hope to make real progress when the system allows two-handed men to hold elected office in the executive and legislative branches of government.

“The amendments before the president aim to remedy the system’s major flaws and put the country on the path to fair and free elections in accordance with the ethics of democracy. It has been a long struggle on the part of INEC. Due to the flawed system, the end of every election sees the court files filled with litigation. And puts a huge question mark on the integrity of the election itself.

“Politicians are really afraid of two important amendments to the bill. One deals with direct primaries and the other with electronic transmission of election results. Both serve vested and powerful political interests. It is impossible to know the political fate of those who used these crutches to reach elected office while limping. They will howl like wounded hyenas, but their personal political interests must be subordinated to those of the nation itself.
“The party primaries aim to (a) end the right of party tycoons to choose and impose their candidates on parties and (b) empower men and women with ideas but whose pockets are full of holes, a chance to stand for election to the people. You don’t need me to tell you that this system which aimed to remedy a fatal flaw in our electoral system is itself gravely flawed now. Part of the problem is that the electoral law gives political parties the ability to organize indirect or direct primaries.
“For obvious reasons, politicians favor indirect primaries so that the power to choose candidates for elected office remains in the hands of the party tycoons and that they are fully exercised by them. It was wrong to give political parties the option of choosing between direct and indirect primaries. Such options are foreign to the law.
“In his manifesto mentioned above, Buhari promised the following, among others:
(a.) Reform of the electoral system to ensure the conduct of free and fair elections and to minimize the cost of elections.
(b.) Establishment of a truly independent electoral commission to ensure impartial administration of the elections.
(c.) Continuous review and adjustment of enabling election law to create a level playing field in the election campaign and restore public confidence in the election process and petition arbitration.
“Promises are made to be kept, presidential promises even more. The changes are part of the periodic review of the enabling law in accordance with modern political developments. It was a promise he had made; it is a promise he must keep. As a two-star general, Buhari knows that forward movement is impossible when you walk vigorously in one spot.
“The president has a choice, of course. He can choose to leave it as it is or to make changes to our national policy, the electoral process and the elections to improve the integrity of our elections. We have waited long enough for Godot.

Pacheco graduates from the basic training of the Navy | News, Sports, Jobs